For as much as CNN is accused of being a biased news network in favor of liberals, the Clinton campaign is not enamored with everyone at the network — specifically media reporter Dylan Byers.

Hillary Clinton advisor Neera Tanden, president of the Center for American Progress, a far left think tank, took issue with a story Byers wrote for Politico in the summer of 2015. The piece involved Clinton campaign chairman John Podesta yapping about the campaign while shopping at a Washington grocery store. His concerns were reported as being Jeb Bush and the “psychosis” of the media.

Byers’ story in Politico, where he worked at the time, was written off a post in Conservative Black Chick, a blog written by Crystal Wright. She overheard Podesta talking about the campaign while he shopped at Magruder’s in Washington’s Chevy Chase neighborhood. (As we already know, Podesta is a serious foodie who specializes in Risotto, but no, he has allegedly never ingested breast or sperm milk at a satanic dinner party.)

Clinton’s traveling press secretary Nick Merrill sent Byers a quote saying that much of his story was inaccurate. He did not get into major specifics on what was wrong. Byers nonetheless added the update.

“UPDATE (7:36 p.m.): Nick Merrill, Clinton’s press secretary, emails: ‘John admits to thinking that at times the press can be a bit psychotic, but the rest is inaccurate. He’ll be more careful next time he’s at Magruders.'”

Tanden and Byers proceeded to have a fairly passive-aggressive Twitter fight.

Later, Tanden sent the entire exchange to Podesta and added her two cents: “That guy is a fucking asshole.”

The insult was revealed in the latest WikiLeaks dump of Podesta’s emails.

The Mirror sent him the link and then received this response:

“I always welcome reader feedback,” he told The Mirror Saturday. 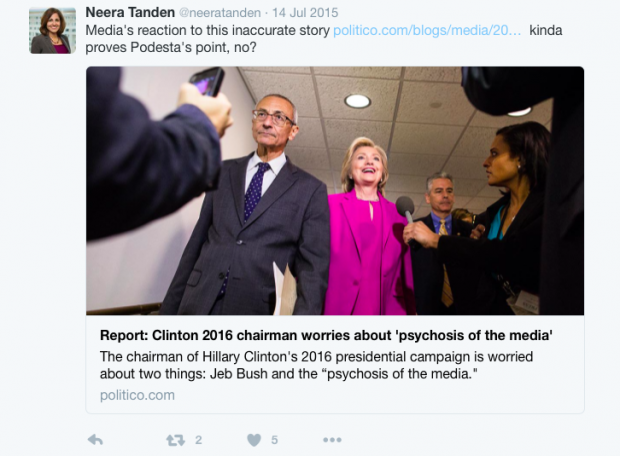 While it wasn’t a long fight, she gets her vague point across, which is that she does not think Byers is too bright. 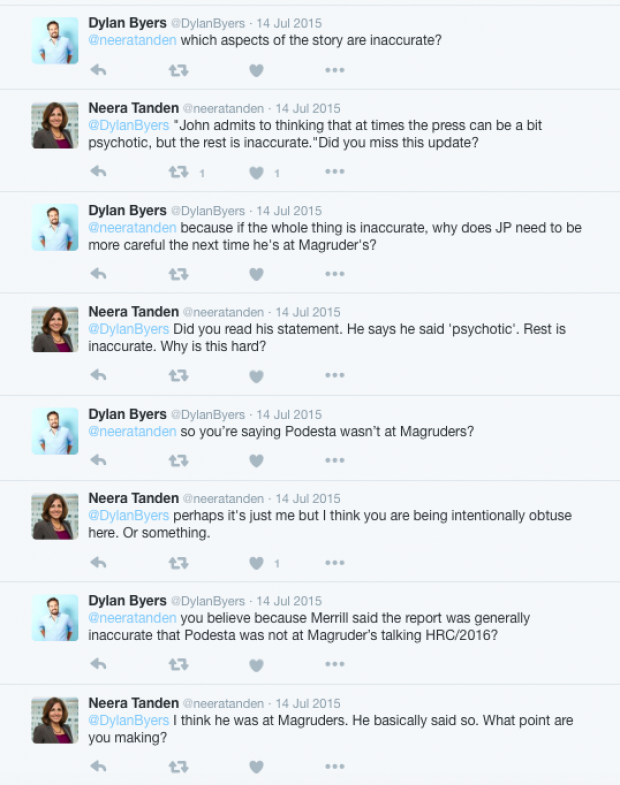 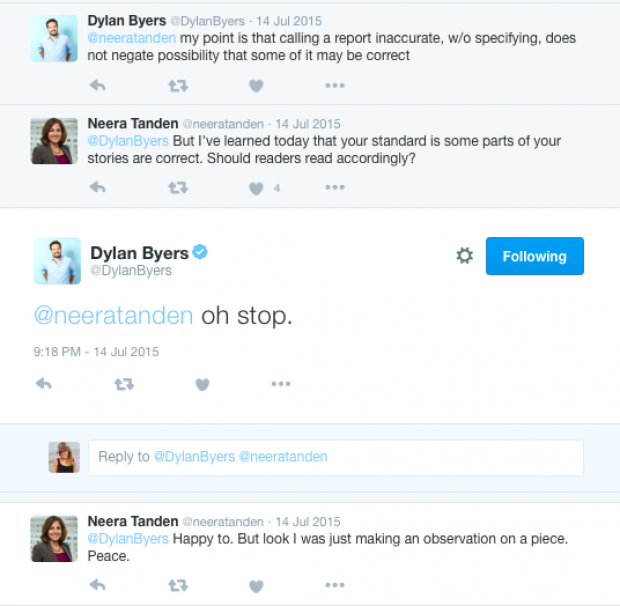