A new survey from Pew Research Center finds that Hillary Clinton’s supporters, and in particular white Clinton supporters, are much less respectful of Donald Trump’s supporters than Trump supporters are of them.

Among whites, though, a whopping 64 percent had a hard time respecting Trump voters, while just 34 percent did not. 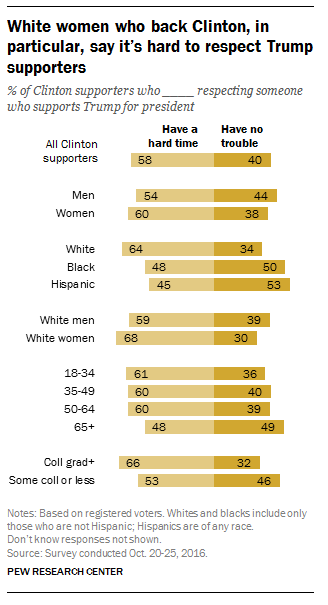 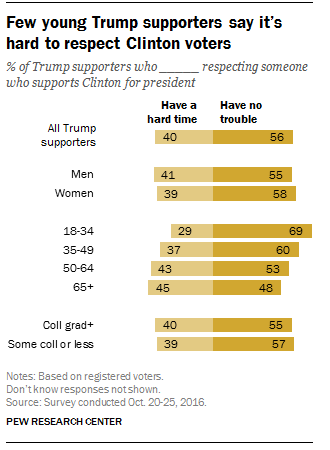