More than half the political reporters from self-proclaimed ‘objective’ American newspapers display an anti-Trump bias on Twitter.

We combed through the 80 political reporters’ Twitters from the major newspapers to see their treatment of the Presidential candidates off-paper. Looking at the last 100 tweets containing either ‘Trump’ or ‘Clinton’, 51 percent displayed anti-trump lean, with 9 percent demonstrating a clear anti-Trump, pro-Clinton bias in their tweets.

Of the accounts, only 36 percent could be considered remotely impartial, with 13 percent showing a pro-Trump lean. Four percent were clearly pro-Trump.

The investigation confirms, in part, that the mainstream media is firmly anti-Trump.

Of the publications, the worst offender was the New York Daily News, whose political reporters all demonstrate a very strong anti-Trump message online. These reporters were found to also be seldom critical of Democratic Presidential candidate Hillary Clinton.

A close runner-up for ‘most biased’ was the Washington Post, who, like the New York Daily News, was considered to have demonstrated a clear anti-Trump message among its reporters. Karen Tumulty, though mostly humorous, had literally nothing positive to say about Trump. In her defense, however, her coverage of Clinton could be considered neither positive or negative.

Dallas Morning News, the Denver Post, and the Chicago Tribune all came out evenly, with no discernible lean toward either candidate. Only the New York Post and Boston Globe were effectively objective, but did demonstrate a minute lean toward the Republican candidate.

While it is not uncommon for reporters in this election to speak in favor of a candidate on Twitter, it is unusual and unsettling that reporters from ‘objective’, ‘unbiased’ major newspapers consider it necessary to weigh in and implicitly endorse a candidate online.

From the NY Daily News, the worst offenders were Robert George, Adam Edelman, and Jason Silverstein, whose worst tweets you can check out below. 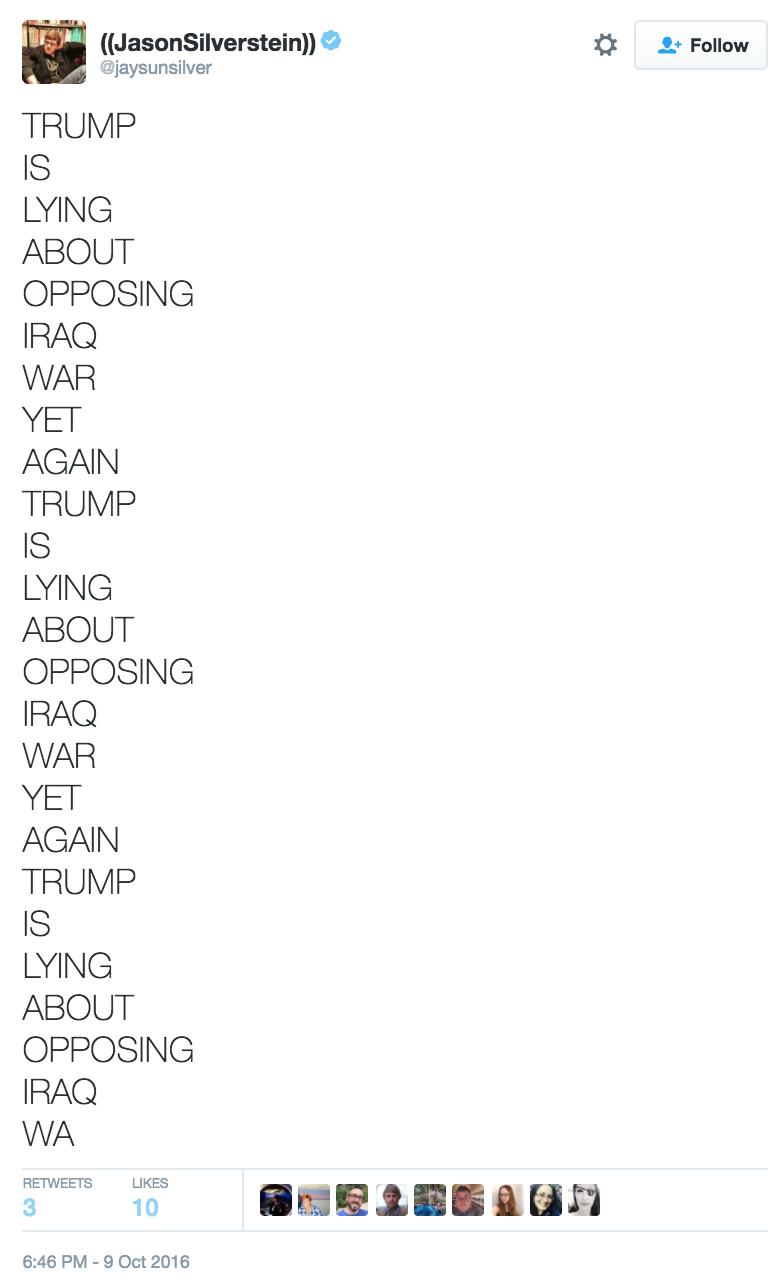 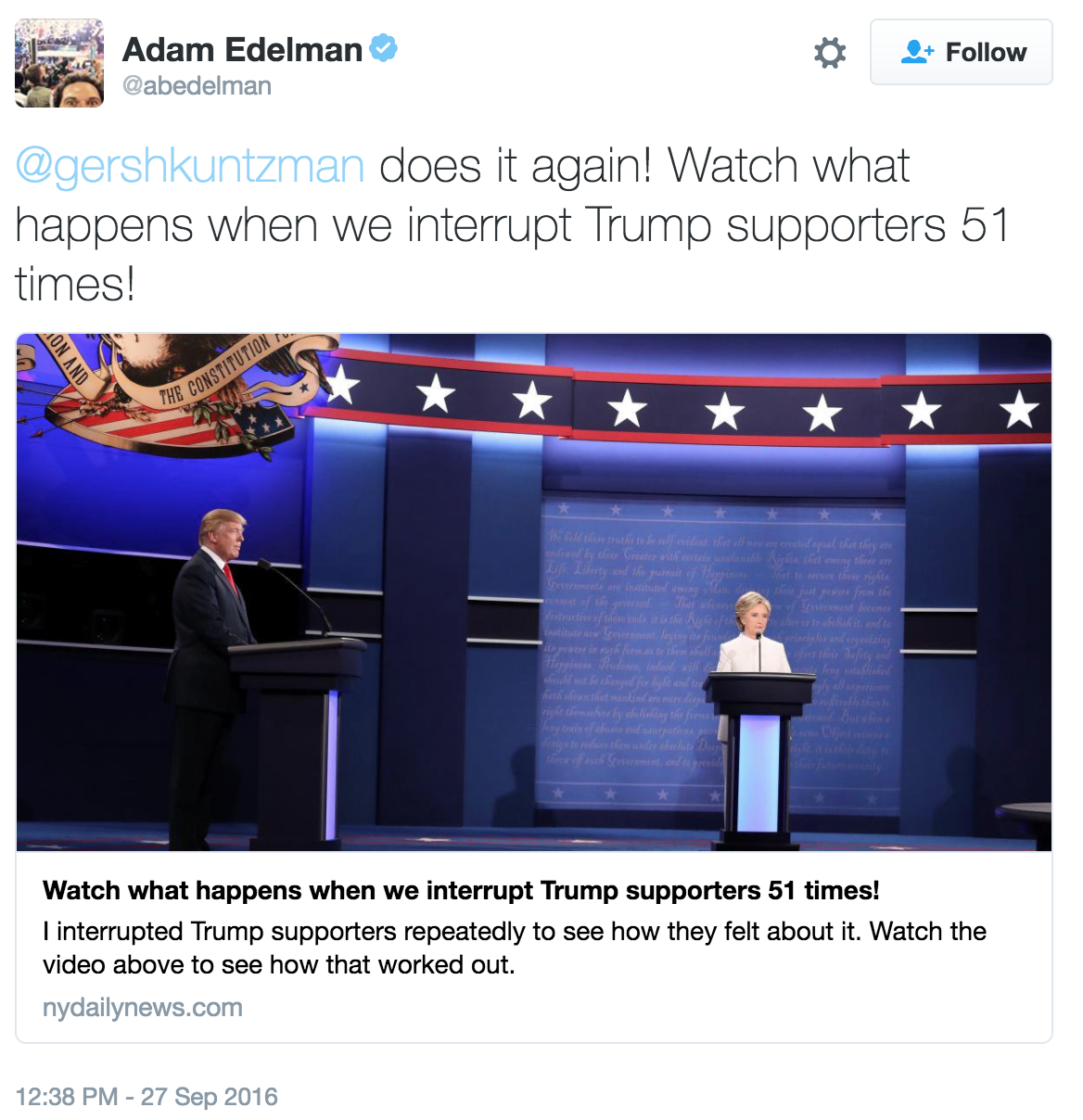 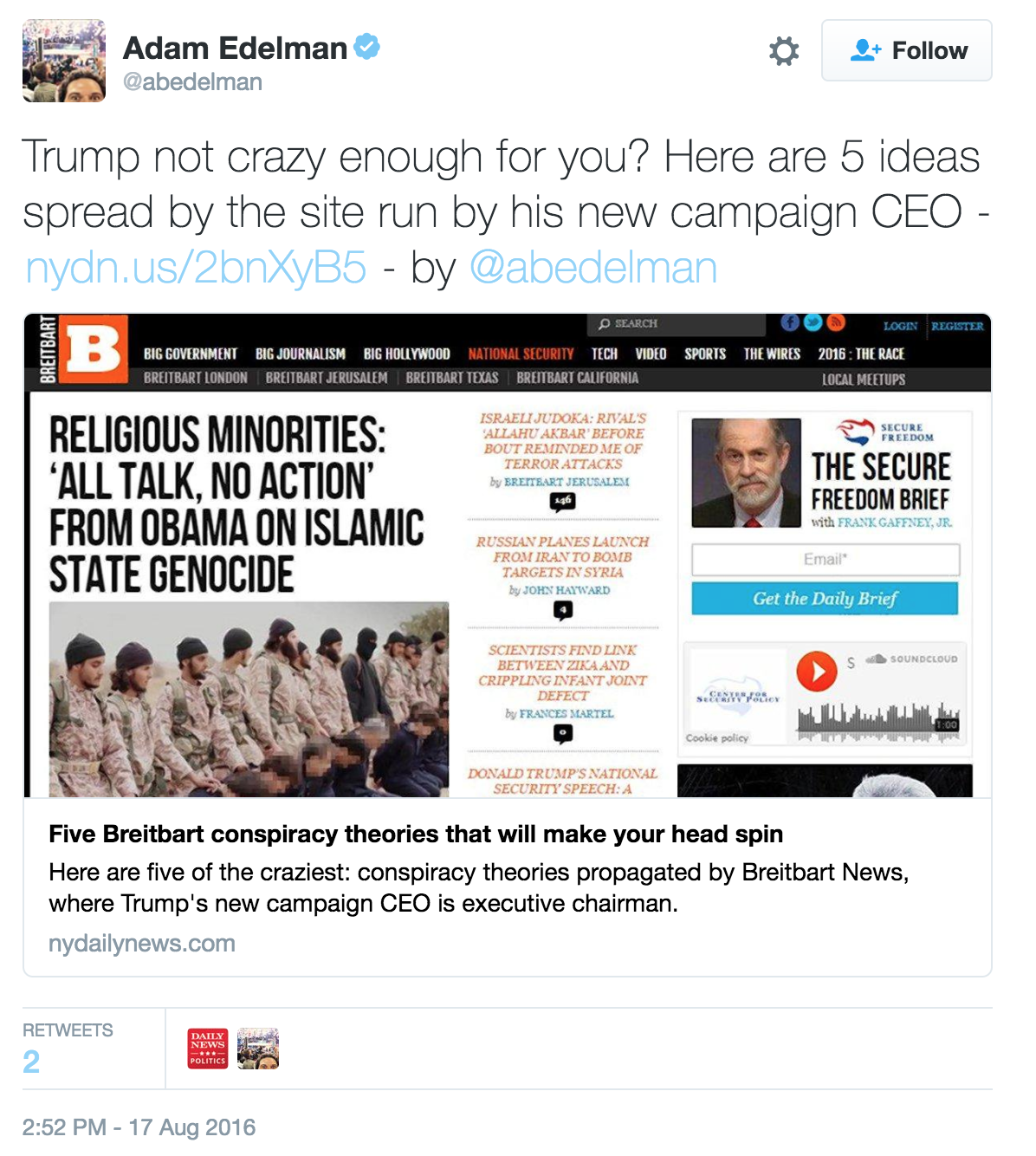 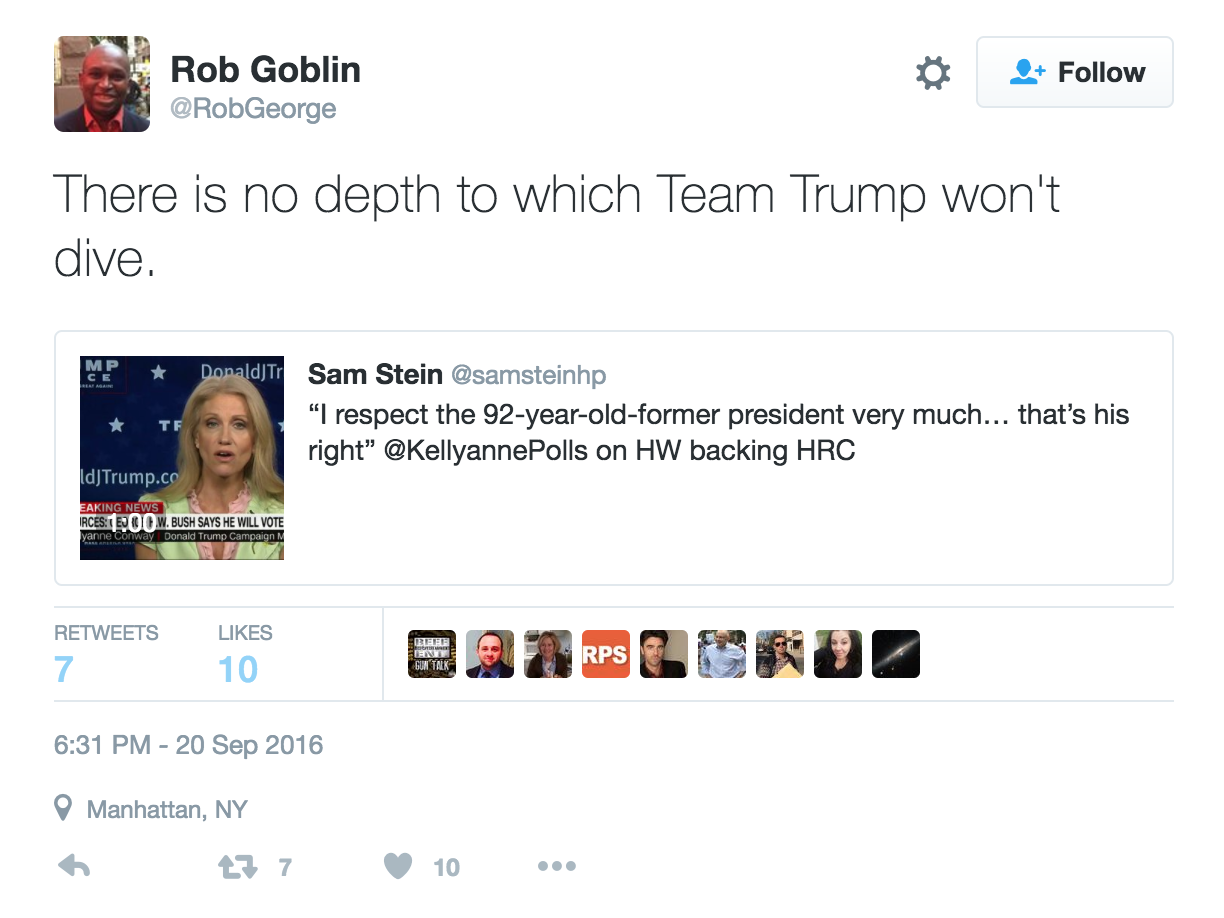 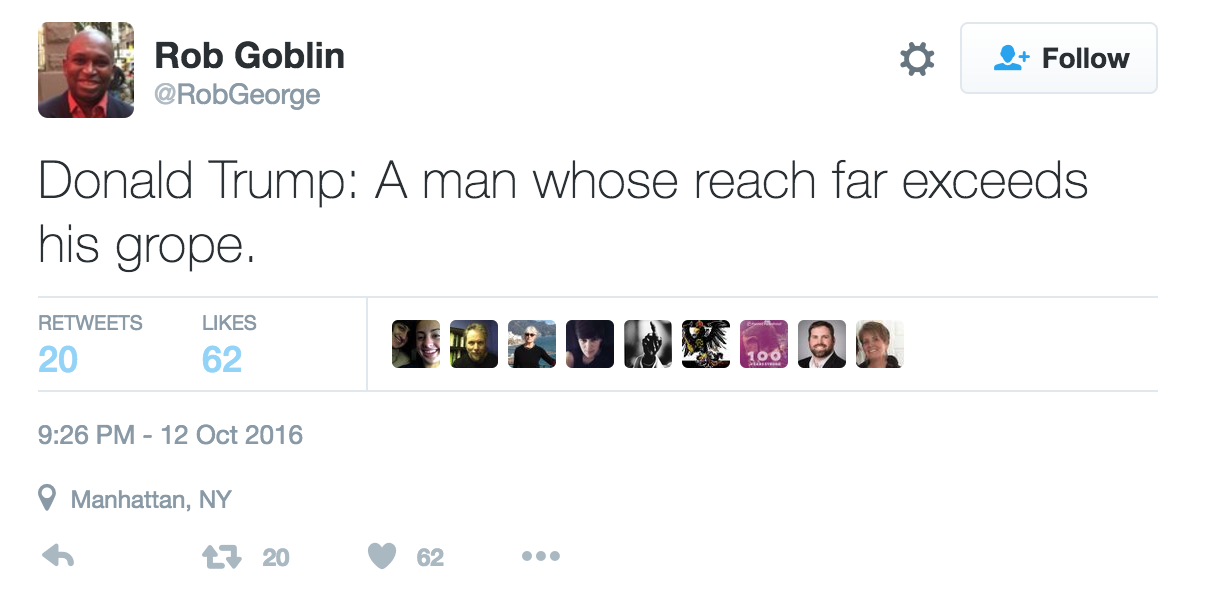 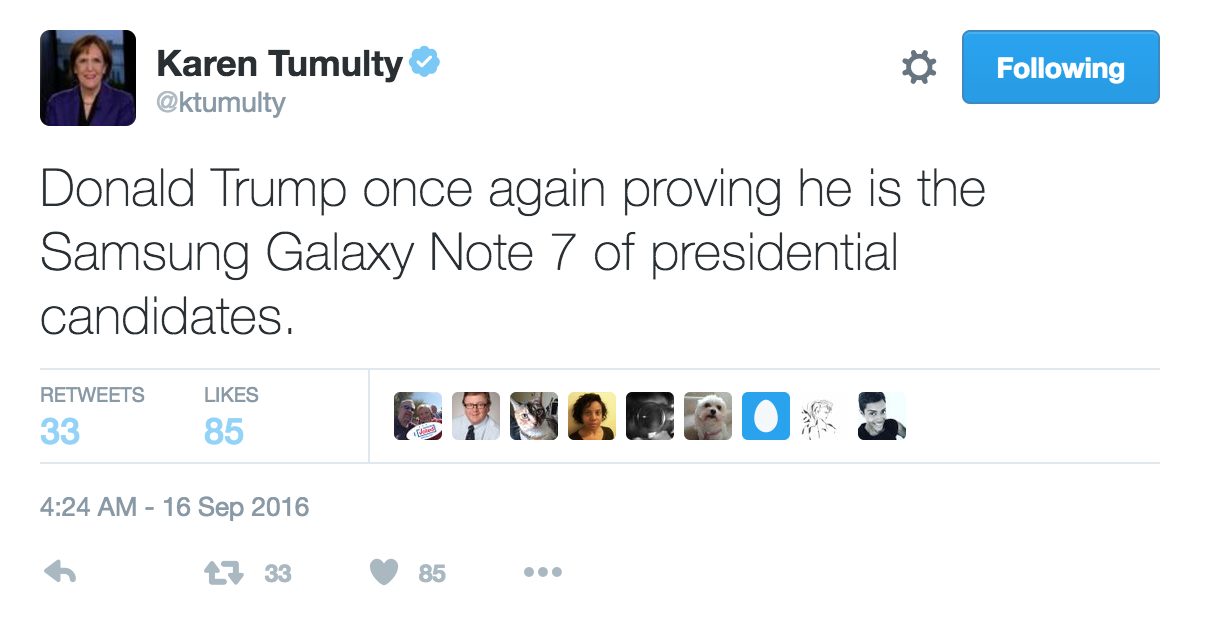 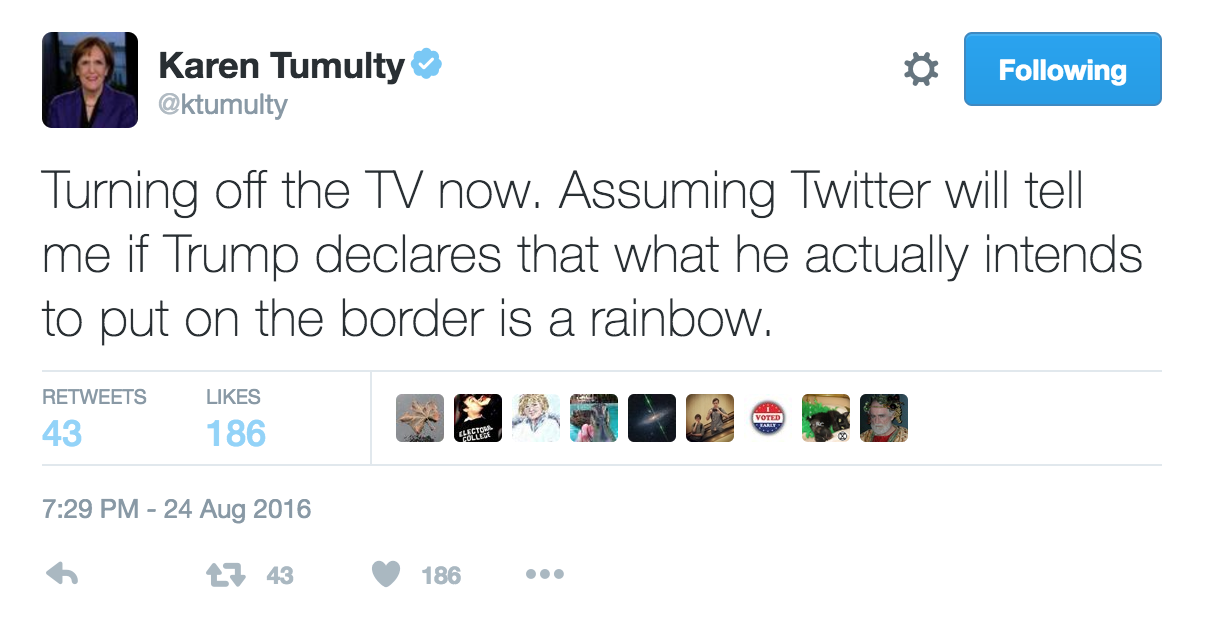 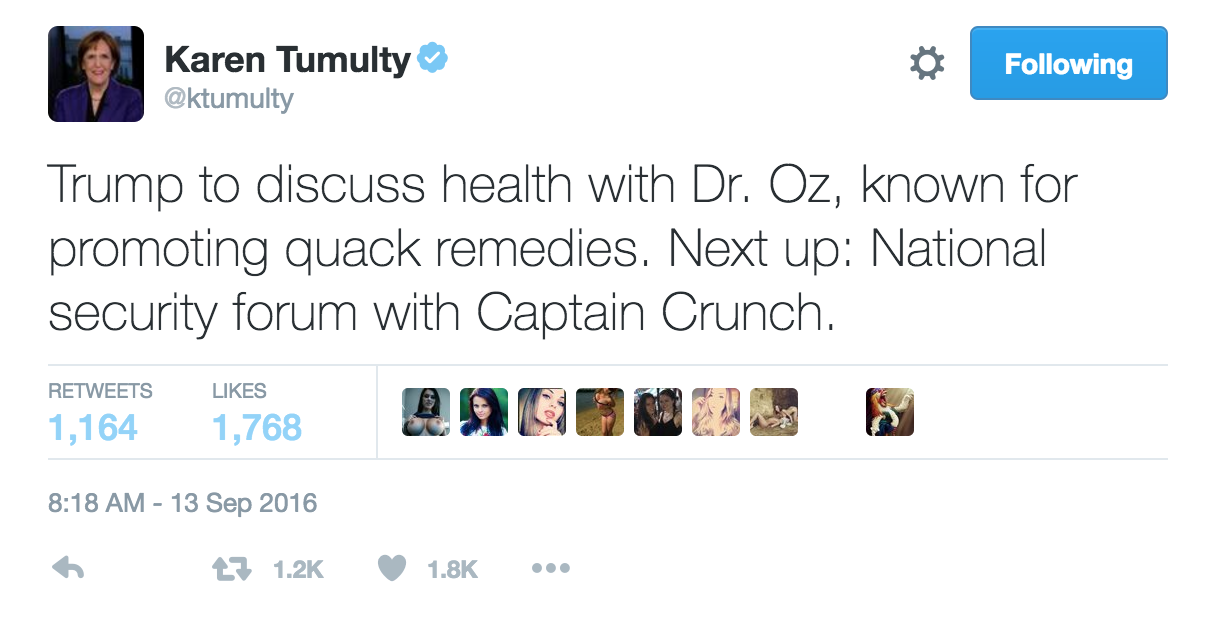 OPINION
1
EPSTEIN: It's Time For Some Clear Thinking About The Virus
Opinion
2
'He's A Fraud': Ron Paul Calls On Trump To Fire Fauci
Politics
3
Bill Barr Calls For End To 'Draconian' Coronavirus Restrictions On May 1
Politics
4
Liberty University Police Issue Arrest Warrant For NYT Reporter
Politics
5
Coronavirus Stage 1 Is Nearing An End. Does Anyone Know What Comes Next?
Opinion