Volunteers canvassing and dropping off literature at houses Monday for Nevada Republican Senate candidate Rep. Joe Heck were followed by supporters of Hillary Clinton, who then subsequently pulled down the literature, a source within the Nevada Republican Party told The Daily Caller.

“In Reno, Nevada, two volunteers for the Heck campaign were out canvassing and dropping off Joe Heck for Senate literature when they noticed they were being followed by Hillary Clinton campaign workers. The staffers following them were wearing HRC buttons and HRC stickers. Beyond following them, the HRC workers began going up to houses and illegally removing Heck literature from the doors,” the Nevada GOP source said. “When the Heck volunteers noticed this going on, they stopped to take pictures of the illegal action.”

The Nevada GOP source provided TheDC with a picture of the alleged Clinton supporter. 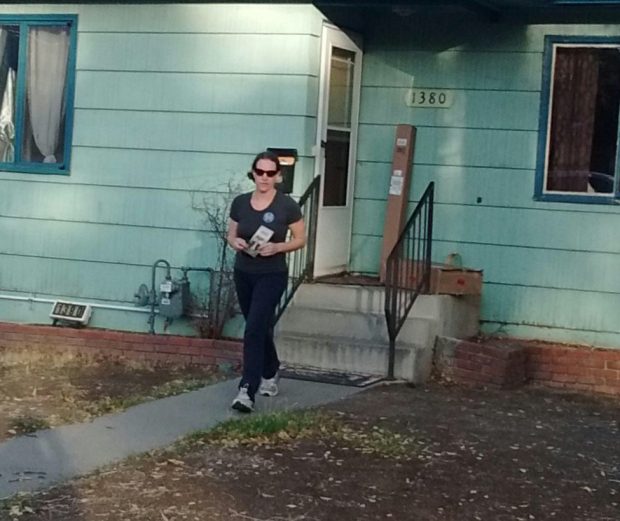 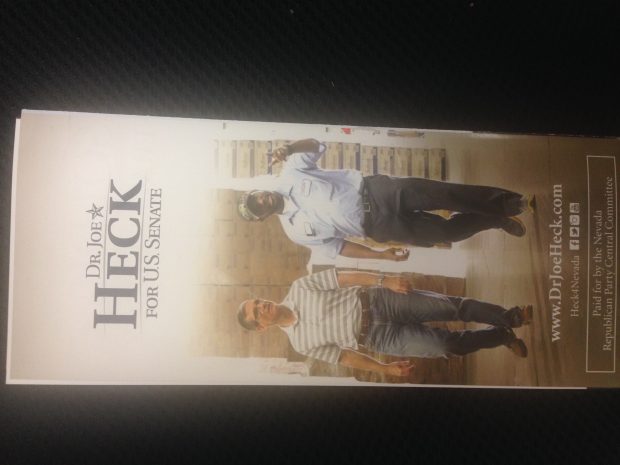 The source said that, “Within a few minutes, more HRC campaign workers showed up. At this point, the Heck volunteers began to feel threatened and called 911 to report HRC workers illegally removing campaign literature and harassing the Heck volunteers.”

“The police showed up on the scene, spoke to our volunteers and tracked down the HRC staffers who denied any wrong doing despite the photos in question,” the source said. “This kind of harassment and illegal activity shouldn’t be tolerated and shows how nervous the Democrats are about their chances in Nevada.”

“Clearly the Democrats are nervous about their prospect tomorrow and are taking any action possible to try to salvage their chances at the poll tomorrow,” Bailor added. The Nevada GOP executive director asked that Hillary Clinton and her campaign immediately apologize for the actions of their supporters.