Marilyn Mosby, the Baltimore prosecutor who charged six police officers in the Freddie Gray case, appears to have violated Maryland state law by taking a picture of her and her young daughter voting for Hillary Clinton on Tuesday.

Mosby posted the picture on Twitter but deleted it less than an hour later. 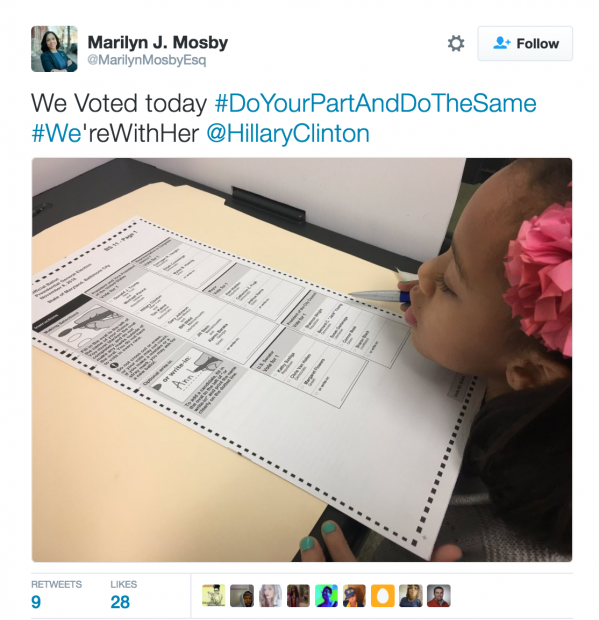 While many states ban so-called selfies inside the voting booth, Maryland has even stricter laws regarding the use of electronic devices at the polls.

A CNN explainer says that Maryland “goes a level beyond” many other states “and actually bans the use of any electronic communication devices.”

“That, obviously, means you can’t take pics of ballots either.”

While it is unlikely that Mosby would face any sort of criminal charge for snapping the picture, it raises more questions about her legal judgment.

She came under heavy criticism after she charged six Baltimore officers last May in the arrest and death of Freddie Gray, a 25-year-old black man. Many critics and legal experts claimed that she overcharged the officers. Her office was also accused of numerous ethical infractions. Three of the cops were acquitted in the case. Mosby dropped cases against the other three officers.

Mosby’s office did not return a request for comment.