Anheuser-Busch InBev (NYSE: BUD) says the craft-beer industry is going flat. In reporting its third-quarter earnings, the megabrewer said U.S. sales fell in the period because the calendar shifted the Fourth of July holiday and craft-beer sales are decelerating. In short, we may have reached a craft-beer tipping point. 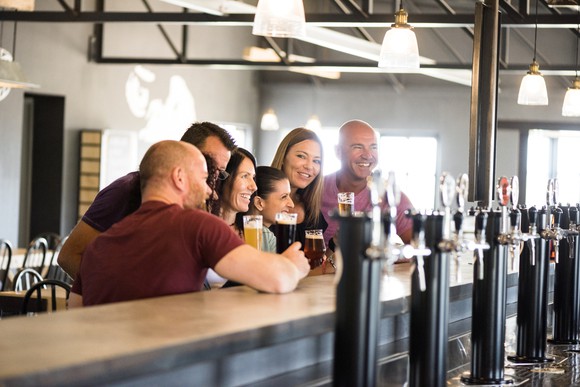 The crowds are thinning out in the craft beer industry, according to brewing giant Anheuser-Busch InBev. Image source: Getty Images.

It’s true the industry seems to be suffering a bit of a slowdown. According to the Brewers Association, the trade group that represents small, independent craft brewers, craft beer production is slowing. Although craft beer now accounts for 12% of all the beer produced, the first six months of 2016 saw production volumes rise just 8% from the year-ago period — a big drop from the 13% recorded in the first half of 2015 — just half of what was seen over the same period two years ago.

Slowing growth is certainly demonstrated in the results of leading craft brewer, Boston Beer (NYSE: SAM). The company’s third-quarter earnings statement showed an 8% drop in depletions, primarily as a result of falling sales of its flagship Samuel Adams brand. So far in 2016, Boston Beer has reported that depletions are down by 6% from last year, which suggests the decline may be accelerating.

The Brewers Association thinks growth is still in the 8% range for the industry, though off-premise sales might fall as low as 5% this year. The saving grace will be on-premise consumption, which it says remains strong. Other analysts, however, aren’t so sure and indicate that the channel just might turn negative.

The biggest names in craft beer

Even so, it’s probably still necessary to parse the figures. While growth is slowing, it’s largely confined to the biggest names in the business, including Boston Beer, New Belgium Brewing, and, yes, Anheuser-Busch. 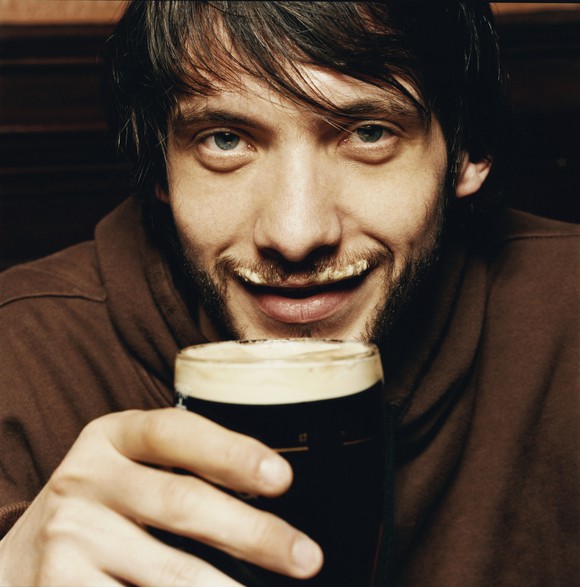 The macrobrewer has been on a craft-brewer buying binge for the past few years, scooping up a dozen or so companies as it sought to offset the malaise that’s gripped the overall beer industry. While craft brewer growth may have slowed, mass-produced beers are seeing volumes go flat or, as in the case of A-B InBev, go negative.

Earlier this year, when the early industry growth rates were discussed, it was found that the numbers were split between the industry giants and the smaller shops. If you took the largest craft brewers out of the equation, growth rates remained well into the high-teen percentages. In fact, the smallest breweries, particularly those producing under 15,000 barrels annually, continue to grow at 30% rates.

A confused mind always says “No”

That suggests the only thing Anheuser-Busch is seeing is its own shadow getting smaller. And it admits as much as it notes that many of the craft beers it has bought, such as Devils Backbone Brewing, Breckenridge Brewery, and Four Peaks Brewing, are still seeing strong growth.

Of course, not all analysts are convinced of that, and some think the industry is simply a victim of its own success. Bloomberg News quotes an HSBC (NYSE: HSBC) analyst as saying, “Consumers are overwhelmed by too much choice; the industry has been swamped. There’s too many brands, too many styles, not enough quality.”

All your beer are belong to us

That might have been the thinking behind A-B’s attempts to corner the beer distributor market. In addition to buying craft brewers, A-B was also acquiring distributors while offering others financial incentives to carry its own brands. It was probably trying to limit shelf space for the competition to ensure its own beers could be seen.

However, to get its acquisition of SABMiller past U.S. antitrust regulators, it had to agree to stop buying craft brewers and end its distributor incentive program. While it may be trying an end run around those restrictions by recently purchasing the two biggest home-brewer supply stores — a niche where many of the founders of today’s craft-beer giants got their start — that’s more of a long game.

Ultimately, it will be difficult for the craft-beer industry to continue the sort of astonishing pace it’s enjoyed. With more craft breweries in existence today than at any other time in the country’s past, and with many more scheduled to come online, the slices of the craft brew pie will inevitably get smaller and smaller.

Rich Duprey has no position in any stocks mentioned. The Motley Fool owns shares of and recommends Anheuser-Busch InBev NV and Boston Beer. Try any of our Foolish newsletter services free for 30 days. We Fools may not all hold the same opinions, but we all believe that considering a diverse range of insights makes us better investors. The Motley Fool has a disclosure policy.