John McCain refused to say whether he voted for Donald Trump for president. 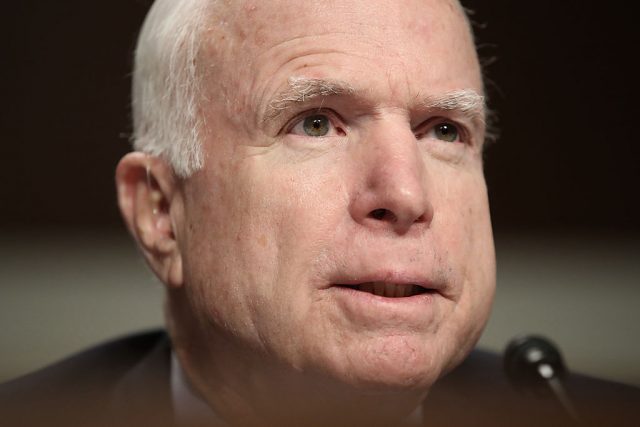 As the Arizona senator and his wife Cindy McCain cast their ballots Tuesday morning, he said he felt confident in his chances of being reelected.

“Looking forward to a victory today,” McCain told NBC 12 news. “We’re confident, but you never know until they’re all counted. Obviously on the national scene, especially control of the Senate, we may be up late tonight.”

He failed to disclose who he voted for president.

Last month, McCain withdrew his support for the Republican nominee after the “Access Hollywood” tape of an exchange between Trump and Billy Bush surfaced.

He said he would instead write in “some good conservative Republican who is qualified to be president.”