Republican nominee Donald Trump was booed as he got out of his car to vote in the presidential election in New York Tuesday.

A large crowd had gathered around polling station 59, just steps away from Trump Tower, where the business mogul was expected to vote. As he and Melania got out of the car and walked into the polling station, some of the onlookers who cheered were drowned out by loud boos from the others.

“Everything is very good,” Trump told reporters, according to the Washington Examiner. He high-fived a young boy at the polling station and handed him a dollar bill. After voting, he was expected to return to his campaign headquarters in the city.

His opponent, Democratic nominee Hillary Clinton ,is expected to win what is both of their home state handily. She was surrounded by a crowd of well-wishers as she voted in Chappaqua, New York, Tuesday morning. 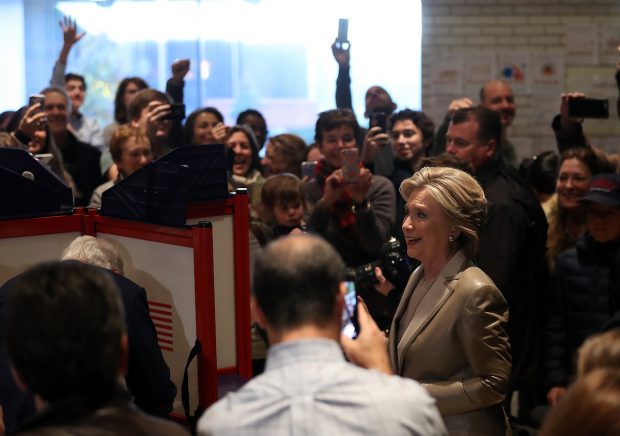 1
'Closer To Animals': Nick Cannon Goes On Racist, Anti-Semitic Rant, Says 'White People' And Jewish People Are 'The True Savages'
US
2
'You Took My Son. Go To Hell': Family Of Murdered One-Year-Old Baby Speaks Out Against Killers
US
3
'America Better Wake Up And Get Angry About This': Dan Patrick Rips Democrats, Anti-Police Rhetoric And BLM Movement
US
4
British Court Case Revealed Steele Expected Dossier To Be Shared With Top Biden Adviser
Politics
5
FBI Had To Chase Maxwell Around New Hampshire Hideaway, Discovered Cell Phone Wrapped In Tinfoil
Politics