For much of the 2016 presidential election, The Huffington Post put Donald Trump‘s candidacy on the level of Kim Kardashian‘s ass.

But it’s a new day and there’s a new orange sheriff in town.

On Wednesday at 2:53 a.m. Washington Bureau Chief Ryan Grim announced in a post that they’re ditching the editor’s note they’ve been attaching to their stories to announce that Trump’s a racist. 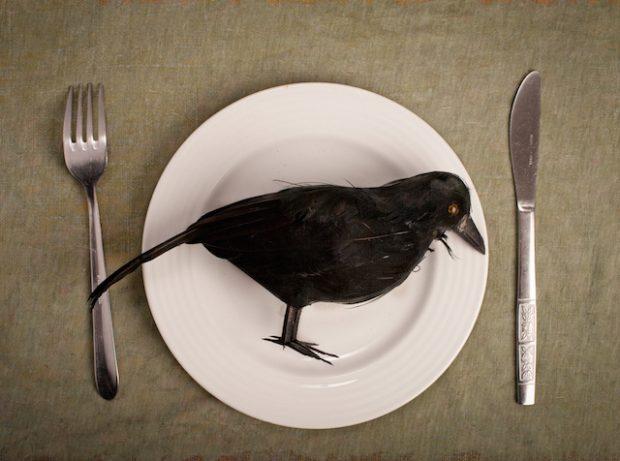 “Early in this election campaign, we began appending an editor’s note to our coverage of Donald Trump, highlighting his racism, misogyny and xenophobia,” he wrote. “He made no secret of any of it, and he was elected president anyway. That doesn’t make it any less true.”

Grim went on to say that HuffPost would not question the legitimacy of Trump’s presidency as Trump has done to President Obama. “It was a win that was at once foreseeable — yet one we failed to see,” he wrote.

Let’s review their editorial policies over the course of the election.

First they placed all stories concerning Trump’s candidacy in its entertainment section.

They eventually waffled on that as Trump began knocking down his primary opponents.

Next they included an ugly editor’s note they felt justified to attach to every story that involved him. Forget about being a news site that attempted to cover the news in an unbiased manner. The liberal enclave was going to make sure readers knew they believe that Trump is a bigoted misogynist.

It was Arianna Huffington‘s call. (She stepped down as editor-in-chief in August.)

Editor’s note: Donald Trump regularly incites political violence and is a serial liar, rampant xenophobe, racist, misogynist and birther who has repeatedly pledged to ban all Muslims — 1.6 billion members of an entire religion — from entering the U.S.

HuffPost even hired an anti-Trump writer — ex-Breitbart reporter Michelle Fields — who was involved in an incident with then-Trump aide Corey Lewandowksi. She alleged that he grabbed her arm at a Trump event. A prosecutor considered pressing charges for simple batter but, in the end, dumped the case.

Grim stressed that the site will watch over Trump and be critical of how he governs.

“If he follows his worst instincts and caters to the klatch of white supremacists who endorsed him, we won’t flinch from calling him racist,” he wrote. “But we have hope that the man we saw on the trail at his worst moments is not the man who will enter the White House.”