The daughter of a Dallas police officer who was shot and killed on July 7, 2016 was supposed to have an “honorary serve” at the Southern Methodist University (SMU) volleyball game Saturday to honor her father, but SMU canceled after the election. 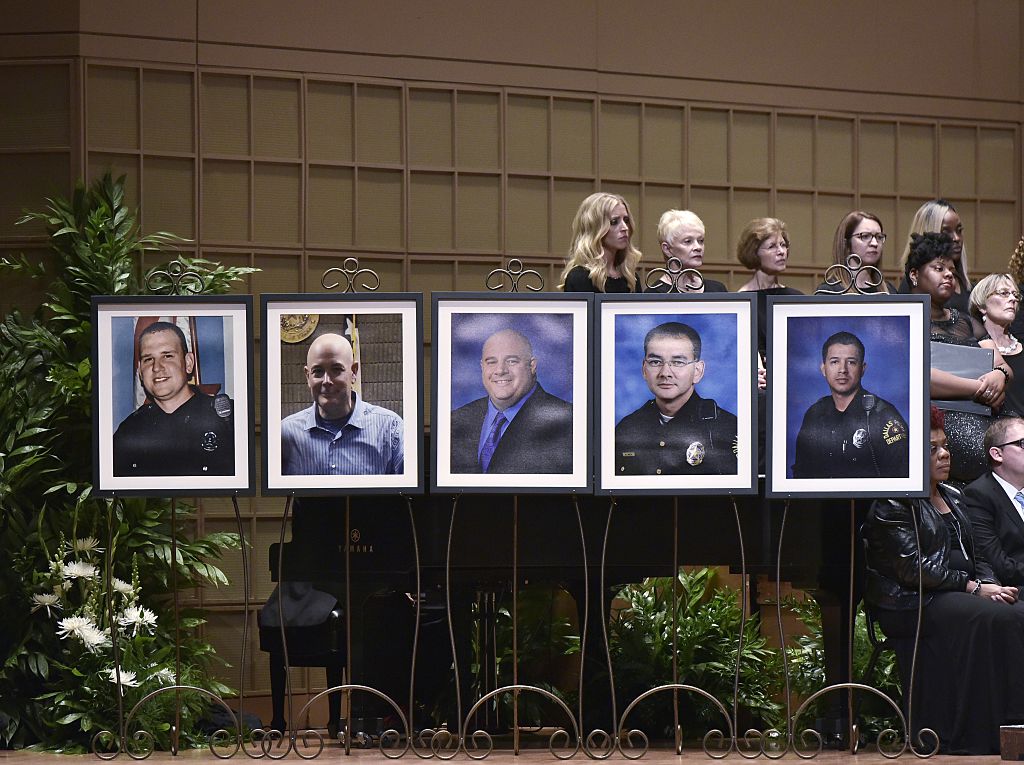 Photos of the victims of the Dallas police shooting at an interfaith memorial service at the Morton H. Meyerson Symphony Center on July 12, 2016 in Dallas, Texas. (Photo credit: MANDEL NGAN/AFP/Getty Images)

Sgt. Michael Smith of the Dallas Police Department, who was shot and killed along with four other officers during an anti-police protest in July. On Thursday, Heidi Bradley Smith was informed via email that her daughter Victory would no longer be able to honor her father at Saturday’s game “in light of recent events.”

Smith shared the email informing her of the last-minute cancellation on her Facebook page.

I regret to inform you that we will not be able to go through with the honorary first serve. In the switch between staff members and the handling of volleyball promotions, some information was not forwarded on correctly from (name omitted) to myself and I deeply apologize for that.

The volleyball program was not correctly informed that this would be taking place at the game, and feels that in light of recent events and diversity within the SMU community, that the demonstration could be deemed insensitive.
However, the coaching staff would like to still do something for Victoria and the team. They are invited to stay after the game for an autograph session with the players, if you would like.
Again, they apologize for the inconvenience and late notice, especially in regards to the sensitivity of this matter.

I do hope that you all will still join us on Saturday. If you would like to discuss this further, you can reach me at
(name and # omitted)

After Smith’s post went viral on Facebook, SMU issued an apology Friday for revoking their initial invitation calling it a “breakdown in communication,” The Dallas Morning News reports. 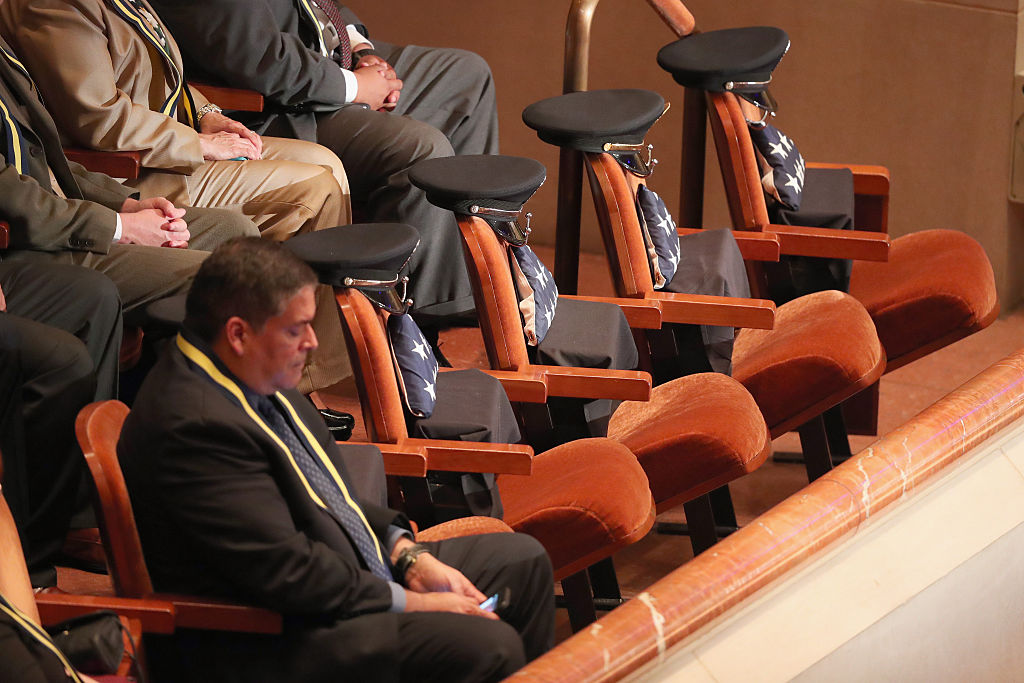 “The SMU Volleyball program extends its sincere apologies to the Smith family and is reaching out this morning to speak directly to Mrs. Smith to apologize and reinforce that the invitation stands,” the statement began.

“This incident does not reflect SMU values. Due to a change in staffing, there was a breakdown in communication that led to this unfortunate situation. This communication to Mrs. Smith would never have occurred if proper approval and communications procedures had been followed.” 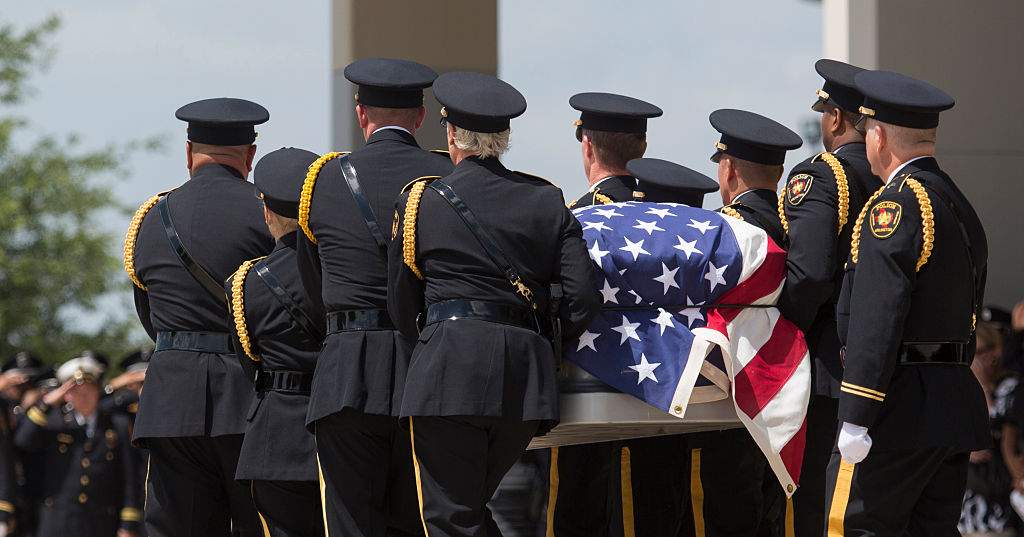 An Honor Guard escorts the casket one of the officers killed July 7 by a gunman during a protest in downtown Dallas. (Photo credit: LAURA BUCKMAN/AFP/Getty Images)

SMU is hoping the Smiths’ will accept their apology and are again expecting them to come and for Victoria to serve. “The invitation was intended to help a family heal, and we very much look forward to Victoria’s first serve in the volleyball match Saturday.”