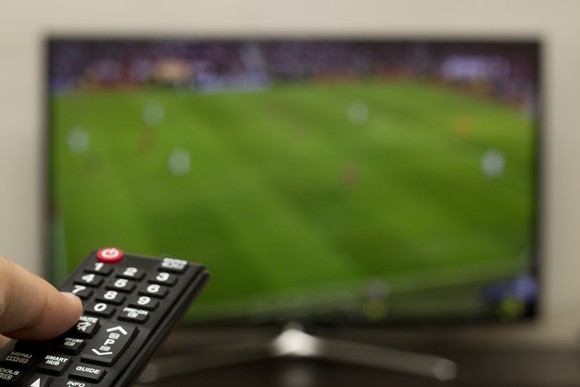 Nielsen’s tracking numbers indicate that October was ESPN’s worst month ever, and ongoing turbulence at the channel could have a big impact on its parent company, Disney (NYSE: DIS). After retracting its initial report following objections from Disney that the numbers were inaccurate, Nielsen has now reconfirmed that its data shows that ESPN lost 621,000 subscribers in October — the largest subscriber drop in channel history.

This means the channel has shed more than 11 million cable customers since its 100.1 million household peak in 2011. Adding to Disney’s October television woes, Twenty-First Century Fox‘s (NASDAQ: FOX)(NASDAQ: FOXA) competing channel Fox Sports 1 managed to beat ESPN in weekly ratings for the first time in history — and did so for two consecutive weeks. Does ESPN’s dreadful October spell big trouble for Disney?

Following the publication of Nielsen’s November cable subscription numbers, Disney and ESPN hammered the ratings company for putting out what it alleged was inaccurate data and dinged the TV tracker for “demonstrated failures over the years to accurately provide subscription data.” Disney and ESPN also pointed out that Nielsen’s numbers did not account for the migration of subscribers to over-the-top video platforms, such as Dish Network‘s SlingTV and Sony‘s PlayStation Vue, which carry ESPN — a point that’s true regardless of how accurate the November subscription numbers are.

Nielsen has made adjustments to its model, which could offer a possible explanation, if the November numbers for ESPN are inaccurate. The subscription loss for the most recently reported month is abnormally high, and it follows a 1.5% subscriber boost that Nielsen applied to all channels for September, so some manner of correction following the previous adjustment could be at play. Even so, the broader trend of subscriber atrophy, weak ratings for key broadcasts, and Disney opting not publish its own internal tracking to combat the Nielsen numbers point to a bad month for the world’s most valuable television channel. 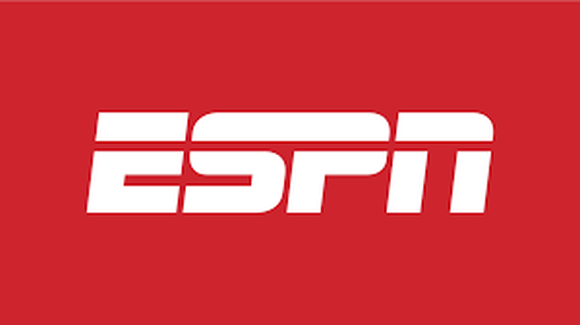 ESPN saw ratings disappointments on multiple fronts in October. Most notably, the network’s Monday Night Football programming continued to struggle, with each of the five games broadcast during the month posting substantial year-over-year ratings declines. From the start of the season through the end of October, viewership of the channel’s primetime football broadcasts declined 24% from the comparable stretch in the prior year. Monday Night Football is ESPN’s highest-rated program, so ongoing ratings declines for the core property present a major issue for the network and for Disney.

While ESPN recorded ratings for its most important broadcasts that dipped to their lowest levels in years, Fox Sports 1 managed to beat the sports leader for the first time ever in weekly ratings, thanks to broadcasting playoff games featuring the World Series-winning Chicago Cubs. FS1’s Cubs broadcasts led the network to the top of total primetime ratings for two consecutive weeks. The ratings win does not suggest that FS1 is close to regularly outperforming ESPN. However, huge viewership for its MLB playoff games will likely translate to some degree of increased awareness, and it points to potential content wins with baseball broadcasts down the line.

Fox’s main network is also holding up better than ESPN on the NFL front, as its Sunday broadcasts seem almost unaffected by the slump that is devastating the primetime games and also affecting CBS Corp.‘s Sunday broadcasts. The company broadcasts regionally tailored games in midday Sunday time slots, and ratings for its football games are down only 1% compared to last year.

What does ESPN’s scary October mean for Disney investors?

Disney’s media networks business is its largest revenue generator, and ESPN is the segment’s biggest driver by far, so the recent troubling indicators for the channel present material concerns for investors. While the company is having a record year at the box office, and both its parks and resorts and consumer products segments look to have strong growth prospects, Disney stock has shed 10% of its value year to date. The sell-offs have a lot to do with ESPN’s impact on the company’s television business.

With cord-cutting trends leading to subscriber losses, ratings for key programs like Monday Night Football and SportsCenter taking a hit this year, and rising costs for sports content licensing, the media networks segment is facing pressure on sales and profitability. It could face resistance from cable carriers about rising affiliate fees, and advertisers will want less expensive rates in light of declining viewership. To combat the negative trends, the company will soon launch an over-the-top subscription platform that airs different programming than its cable channels. The goal here is to make better use of its wide range of live sports broadcast rights without competing with its cable broadcasts, but details on the project are still scarce.

In its last fiscal year, the media networks segment recorded $23.3 billion in revenue and accounted for roughly 44% of overall sales and 54% of operating income. Disney does not break out individual figures for ESPN, but SNL Kagan estimated that ESPN alone generated around $10.8 billion in annual revenue in 2014. It’s reasonable to expect that sales are still within that range, based on rising subscriber fees and ad sales. That’s more than the combined revenue of the company’s filmed entertainment and consumer products segments during even a standout year, so it’s not hard to see why worrying indicators at the sports network are triggering investor anxiety.

Even so, momentum in its other segments suggests that Disney remains a top investment option in the entertainment space, and investors willing to weather turbulence at ESPN and the media networks segment could have the chance to snatch up shares at a bargain.

10 stocks we like better than Walt Disney
When investing geniuses David and Tom Gardner have a stock tip, it can pay to listen. After all, the newsletter they have run for over a decade, Motley Fool Stock Advisor, has tripled the market.*

David and Tom just revealed what they believe are the ten best stocks for investors to buy right now… and Walt Disney wasn’t one of them! That’s right — they think these 10 stocks are even better buys.

Keith Noonan has no position in any stocks mentioned. The Motley Fool owns shares of and recommends Walt Disney. Try any of our Foolish newsletter services free for 30 days. We Fools may not all hold the same opinions, but we all believe that considering a diverse range of insights makes us better investors. The Motley Fool has a disclosure policy.

OPINION
1
UFC Superstar Stops Rioters In Awesome Video
Editorial
2
1 Person Reportedly Dies After National Guard, Police Return Fire On Crowd
US
3
Here Are The Possible Reasons Mike Flynn's Judge Hired His Own Attorney
Politics
4
Former NBA Star Beats The Hell Out Of Rioter Who Attacked His Truck. The Video Is Absolutely Insane
Editorial
5
Black Firefighter Spent His Life Savings To Open A Bar. Then Minneapolis Looters Burned It Down
US