The failed presidential candidate was photographed by Justin Sullivan for Reuters signing one of the copies backstage after a rally in Pittsburgh, Penn., that Monday. The issue was for “Cate.” 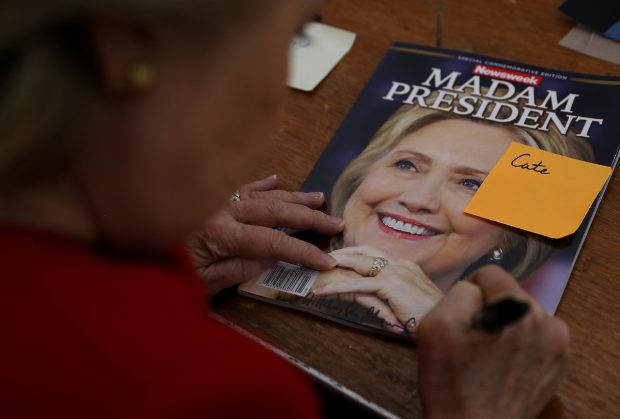 Betting Clinton would win, Newsweek chose to print the commemorative edition ahead of the election and sent out 125,000 copies of the issue to celebrate her win. “Hillary Clinton’s historic journey to the White House,” the cover read.

But after her stunning defeat, the magazine was forced to issue an embarrassing and expensive recall and publish the “President Trump” version of the issue.

“Like everybody else, we got it wrong,” Tony Romando, the chief executive of Newsweek’s production partner, said in a statement. “All wholesalers and retailers have been asked to return any issues they have as we need to clear room for the President Trump issue. We expect it to sell very well as there is obviously a great demand.”