In the aftermath of the presidential election, the baby is being thrown out with the bathwater, as anything associated with Mexico is being sold off. Shares of beer, wine, and spirits distributor Constellation Brands (NYSE: STZ) have sold off by 8.5% since Donald Trump became president-elect on the belief that it will soon become more difficult or at least more expensive to sell Corona beer in the United States. Could that also signal that its dividend might be endangered? 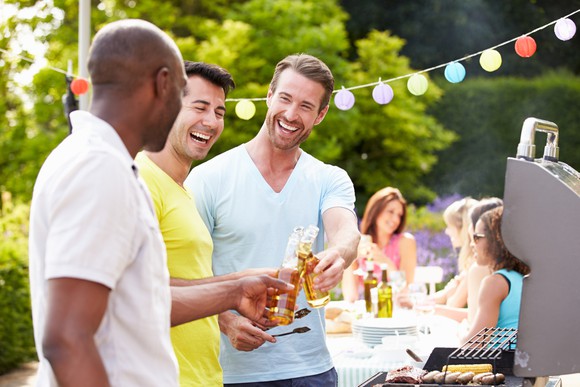 Distribution rights in the U.S. for Corona were acquired from Anheuser-Busch InBev (NYSE: BUD) when it purchased Grupo Modelo in 2013, and the beer has helped fuel Constellation’s earnings growth since, with net income growing 19% in the second quarter. The beer segment accounts for 61% of Constellation’s net sales over the first six months of the year and nearly three-quarters of its operating profits, and the 20% gain in sales it enjoyed over that time frame has been driven almost wholly by its portfolio of Modelo beers, primarily Corona.

Imported beer has been a bright spot for the industry, showing more strength than even the craft segment, and Constellation has found itself capacity constrained as a result. It just bought Modelo’s Obregon Brewery in northern Mexico to support its distribution efforts in the western U.S., and it believes it could produce as much as 4 million hectoliters annually with “minimal investment and optimization.” Moreover, the acquisition will allow Constellation to become independent from its current supply agreement with Modelo.

Which is why Trump’s electoral victory could be problematic if it leads to significant changes in the North American Free Trade Agreement between the U.S. and Mexico, a treaty Trump has been highly critical of.

While Mexican beer producers have benefited from NAFTA, so, too, has this country. The U.S. surpassed Germany last year as the top producer of hops, one of the key ingredients in making beer, and this year it’s on track to produce a record 92 million pounds of hops, up 16% year over year. 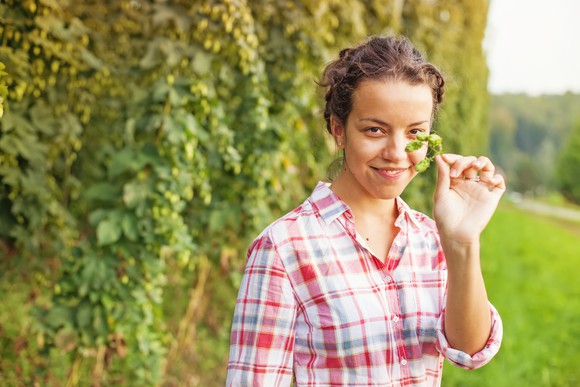 Mexico imports a large quantity of hops from the U.S.– it is the 11th largest market for the $97.5 million worth of hops the U.S. exported globally over the first nine months of 2016 — meaning it may not be so easy to extricate one foreign industry without hurting domestic ones.

Even so, Constellation may have concerns beyond the revision of trade agreements. As noted, beer has become critical to its success, but maybe to a fault. While imports have been popular, particularly Mexican beer — Mexico exports 75% of its beer to the U.S. — growth is slowing. Imports grew just 6.7% in the first two quarters of 2016, ahead of the 6% increase craft beer enjoyed, but down from the 8.7% increase imports saw in the same period last year.

Constellation is also making a big bet on craft beer, having bought Ballast Point Brewery for $1 billion a year ago. Craft’s growth has decelerated noticeably this year, with the Brewers Association industry trade group expecting it to finish out the year at around 8% growth. Others put it lower.

Certainly, Ballast Point has seemingly done well for Constellation, realizing double-digit depletion growth, but that’s just due to the broader distribution seen since its acquisition. It was really just a niche, regional beer until it was bought and rolled out nationally. And because it is a premium craft product, elevating its price point beyond the already high prices commanded by craft beer, it would be much more exposed to an economic downturn should one strike. Beer drinkers won’t necessarily give up drinking beer in a recession, but they might go down market to a Pabst instead of stretching for a Ballast Point.

Get paid to drink beer

Constellation Brands only initiated its dividend in 2015, and at $0.40 per share quarterly, it’s yielding 1.04%. With a payout ratio below 25%, the dividend certainly doesn’t appear as though it would be in trouble.

The payout ratio is calculated by dividing the dividends per share a company pays by its per-share earnings. Expressed as a percentage, lower is generally better, and any company with a ratio exceeding 100% is paying out more in dividends than it makes in profits.

Typically, a payout ratio below 75% is considered safe, and lower percentages actually give a company more room to increase its dividend in the future. A payout ratio of 24% like Constellation has also means its earnings could be cut, but the dividend would still be covered.

Yet there are a lot of unknowns at the moment around how a Trump presidency may affect the distributor. While it’s true he has been critical of NAFTA, any dramatic changes would probably be a long time in coming, if at all. The sell-off in Constellation Brands stock was silly at this point — heck, Trump doesn’t even take office till January — and there’s nothing to indicate that even if change does come it will be so harsh that the dividend will need to be cut or suspended.

I’d be looking closely at Constellation’s stock now with the idea that I’ll be getting paid — probably for a long time into the future, too — while awaiting any uncertainty to iron itself out.

Forget the 2016 Election: 10 stocks we like better than Constellation Brands
Donald Trump was just elected president, and volatility is up. But here’s why you should ignore the election:

David and Tom just revealed what they believe are the ten best stocks for investors to buy right now… and Constellation Brands wasn’t one of them! That’s right — they think these 10 stocks are even better buys.

Rich Duprey has no position in any stocks mentioned. The Motley Fool owns shares of and recommends Anheuser-Busch InBev NV. Try any of our Foolish newsletter services free for 30 days. We Fools may not all hold the same opinions, but we all believe that considering a diverse range of insights makes us better investors. The Motley Fool has a disclosure policy.

1
'This Is A Sham': Tucker Blasts Health Care Professionals Who Signed Letter Exempting George Floyd Protests From Coronavirus Restrictions
Media
2
82-Year-Old Attacked For Holding A Trump Sign Gets Emotional When He Receives A Call From Donald Trump Jr.
US
3
15 People Died In The Protests And Riots Following George Floyd's Death. Here's Who They Are
US
4
All 57 Members Of Police Unit Resign ‘In Disgust’ After 2 Officers Suspended For Pushing Elderly Man
US
5
'You Are Something Else': Trump Chastises PBS Reporter After She Interrupts Him With Questions During Bill Signing
Media