UPDATE (10:45 am, EST): Judicial Watch President Tom Fitton addressed the news of Soros’ latest venture in comments made to the Daily Caller (below)

The latest efforts by George Soros to subvert President-elect Donald Trump involve taking a page out of the conservative playbook.

Soros and his allies have reportedly discussed launching a liberal version of the government transparency group Judicial Watch, which Politico reports “spent much of the past eight years as a thorn in the Obama administration’s side filing legal petitions under the Freedom of Information Act.”

George Soros speaks on stage at the Annual Freedom Award Benefit Event hosted by the International Rescue Committee at the Waldorf-Astoria in New York on November 6, 2013. (Reuters Pictures)

In addition to keeping financial tabs on the executive branch, Judicial Watch focused its efforts over the past year on Hillary Clinton’s private State Department email server and worked with several publications to paint a full picture of the scandal for the public.

Judicial Watch President Tom Fitton (L) speaks as attorney Jim Peterson (R) looks on during a news conference to announce that the organization has filed a lawsuit against the town of Herndon, Virginia, September 1, 2005 in Washington, DC. (Getty Images)

Soros and other liberal donors met in Washington, D.C. on Sunday for the first day of the Democracy Alliance’s annual investment summit. (RELATED: Soros Prepares For Trump War)

Democracy Alliance, formed by Soros after John Kerry’s defeat in the 2004 presidential election, funnels millions of dollars toward liberal advocacy groups every year.

The organization dictates that its more than 100 members donate at least $200,000 a year to approved groups — a la Planned Parenthood and Media Matters — with the ultimate aim of mobilizing voters. 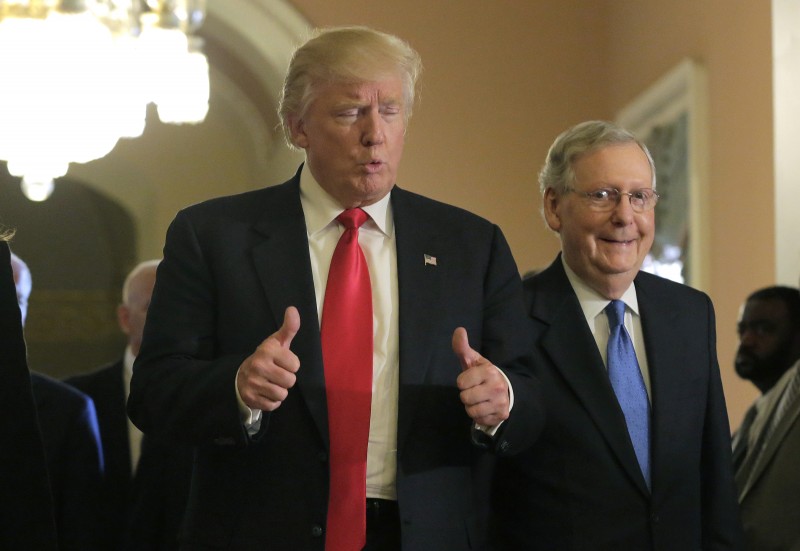 Though Democracy Alliance has raised over $500 million in the past 11 years, operatives noted that issues traditionally favorable to Democrats failed to pull support away from Trump in this year’s election.

Therefore, Soros and other Democratic leaders used this year’s summit to call for a shift in strategy in order to oppose Trump and the Republican controlled government.

Judicial Watch President Tom Fitton told the Daily Caller that the watchdog group welcomes Soros’ new venture, as long as it is “principled and non-partisan.”

“We’re always happy when there’s more government transparecny,” he explained. “The left and the right need to take that issue more seriously and commit to it.”

Fitton explained that “Judicial Watch had success because the [Obama] administration was lawless and secretive, and Mrs. Clinton committed misconduct and violated the law.”

Furthermore, he stressed that “no matter what happens under the Trump administration, Judicial Watch will be there.”

“We’re going to continue to do the work, and the American people can rely on us to be independent and non-partisan.”