Donald J. Trump will be the 45th president of the United States. He has a lot of work to do. First and foremost, he needs to go about his campaign promise of “draining the swamp” – that is, ridding Washington of the corrupt and self-serving culture that takes the American people for granted.

There is no greater example of the American people being taken for granted than the media refusing the give Trump a chance of winning throughout the campaign. Throughout the past year and a half, the liberal media has been dishonestly reporting only the information they deem relevant, only the information liable to help Hillary Clinton get elected.

Throughout the campaign, those interested in hearing actual facts only had alternative media sites like the Daily Caller to go to. Unfortunately, the giant liberal companies like the New York Times and Washington Post still have way more resources than any smaller, more honest site. But you can help to change that. You can support alternative media by getting your own “Drain the Swamp” shirt, thereby reminding everyone of why you supported president-elect Trump on November 8.

The shirt options are as follows: 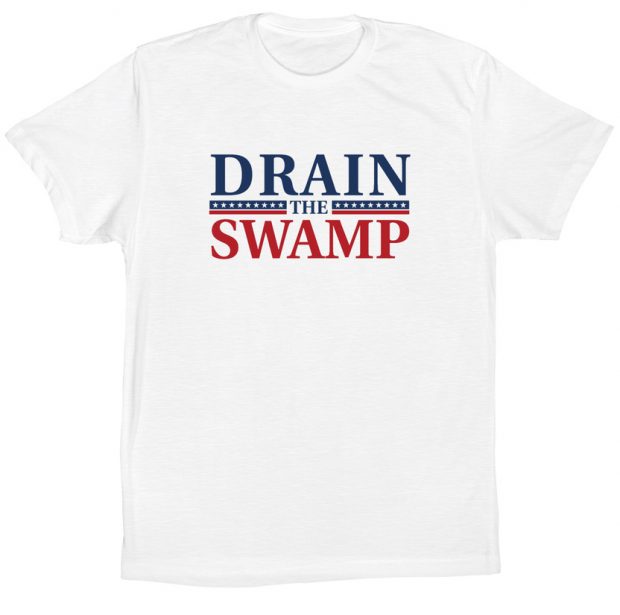 This T-shirt comes in white, grey and blue (Bonfire) 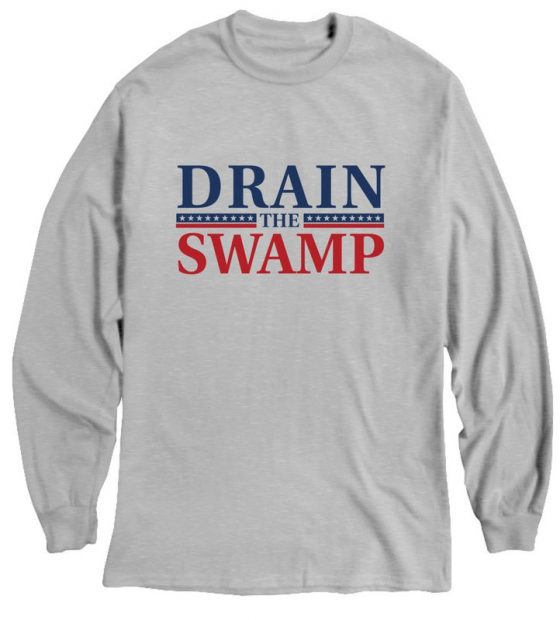 This long-sleeve tee comes in white, grey and blue (Bonfire) 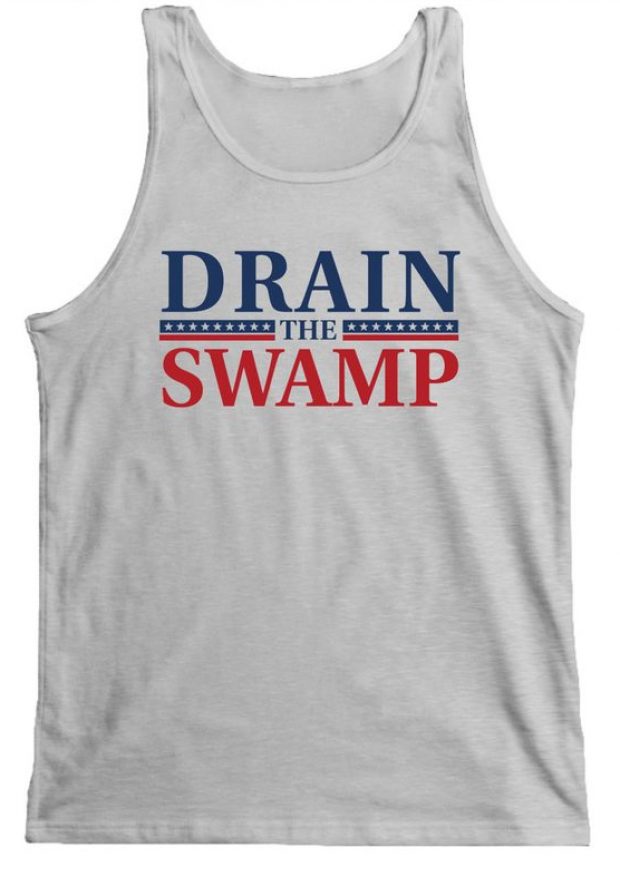 This tank top comes in white, grey and blue (Bonfire) 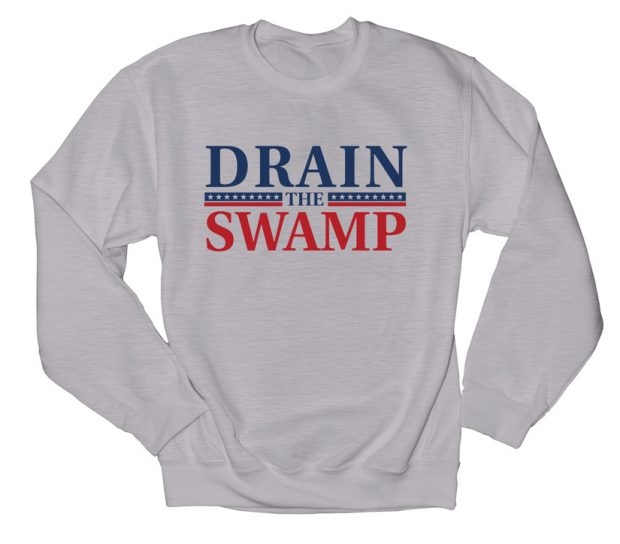 This sweatshirt comes in grey and white (Bonfire) 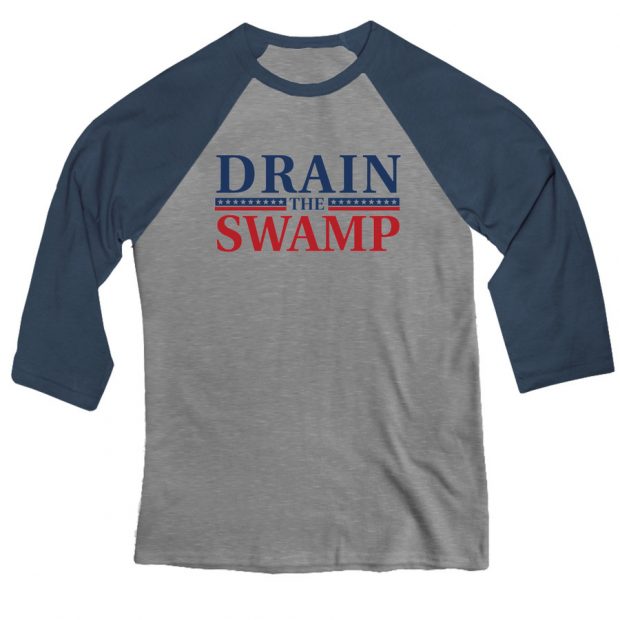 As you see, there are several shirt options, each in various colors. Get yours now and prepare for the swamp to be drained.

Fight the liberal media with “Drain the Swamp” gear