A new poll from iPass found that WiFi is rapidly becoming one of society’s most coveted “basic human needs.”

The cloud-based global Internet provider asked 1,700 “mobile professionals” in the United States and Europe to rank Internet connectivity against other “luxury items” — sex, chocolate and alcohol — and more than 40 percent of those surveyed placed Wifi as number one on that list. 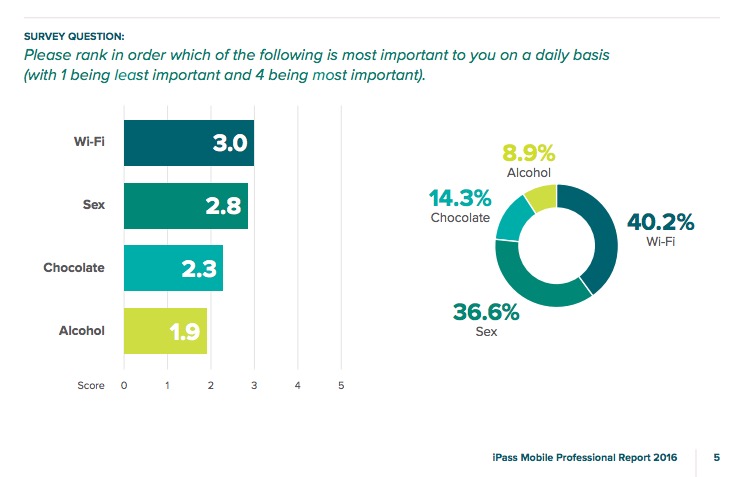 36.6 percent selected sex as the most important part of their day, while 14.3 and 8.9 percent picked chocolate and alcohol, respectively. 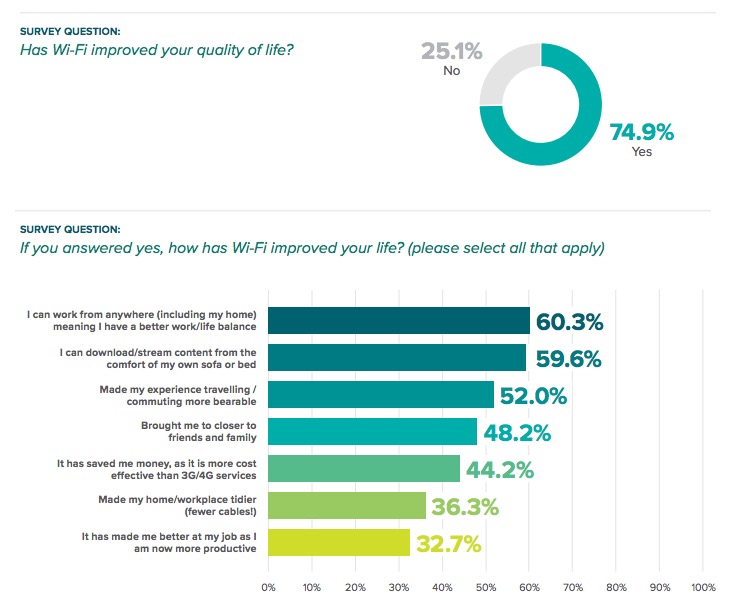