American voters didn’t buy Hillary Clinton’s message, but that doesn’t mean there aren’t still a few things the Clinton campaign isn’t still trying to sell. As her campaign wraps up its existence, they still have some swag taking up space, and they’ve marked it down in the hope of moving what remains.

An email from the campaign was sent out Friday with the subject line, “Last chance: Own your piece of this campaign and support Democrats across the country.”

In the body of the email was the following image: 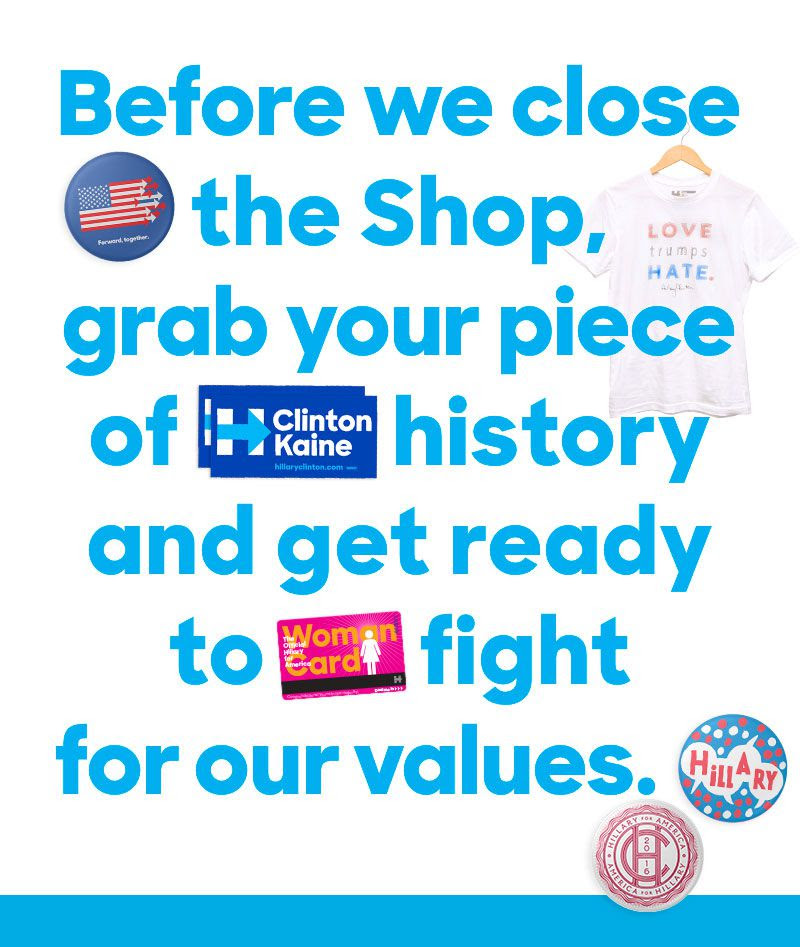 The markdowns were across the board:

The shirts, formerly priced from $30-$45, appear to have sold out quickly. The choices were (all screen captures from HillaryClinton.com): 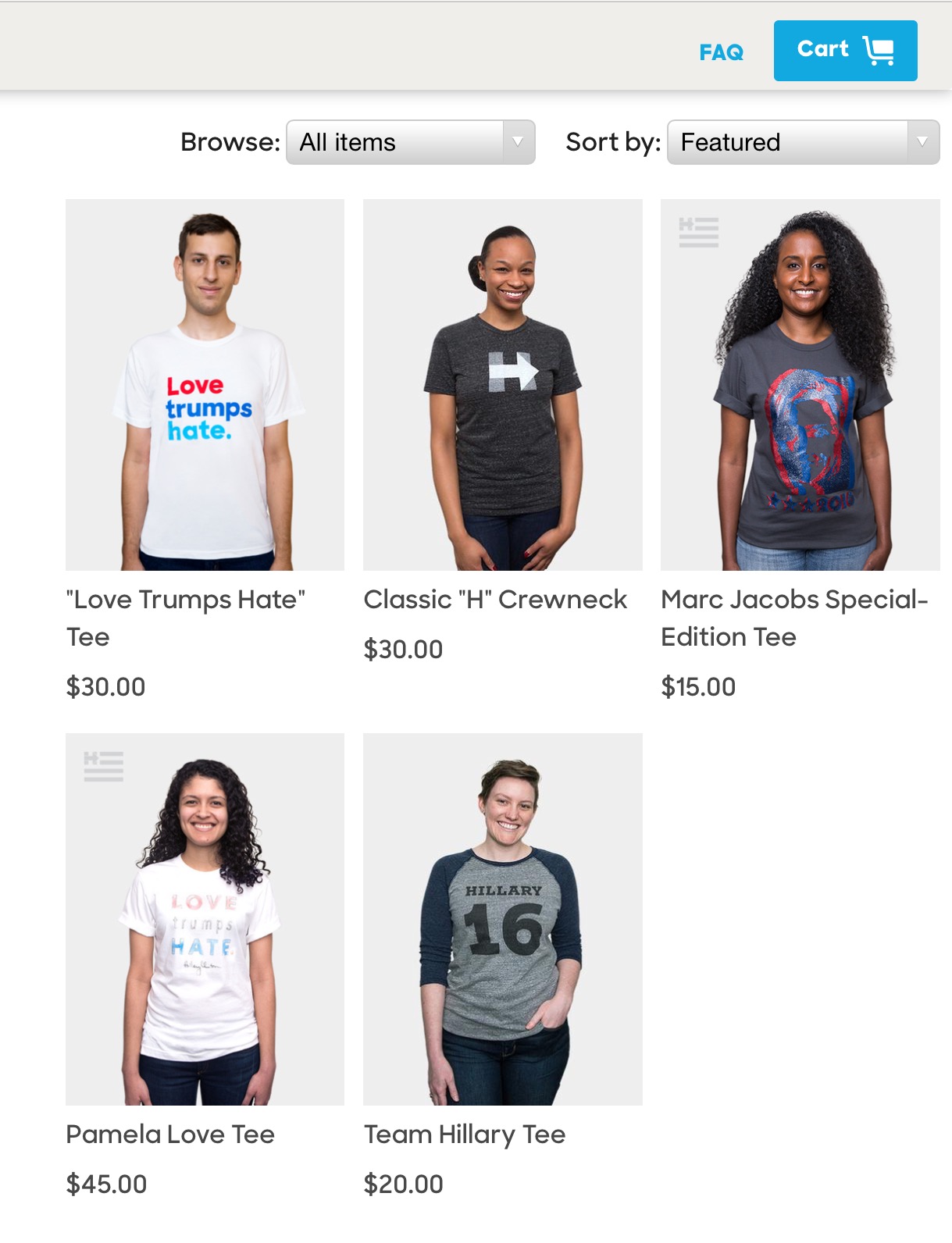 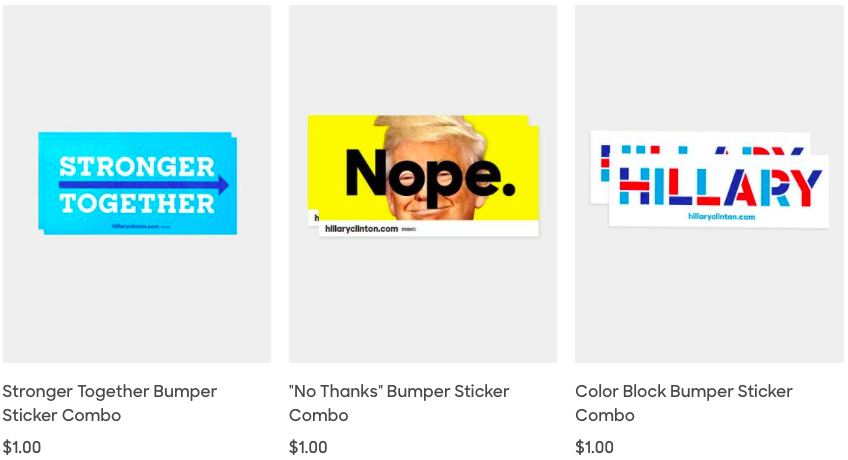 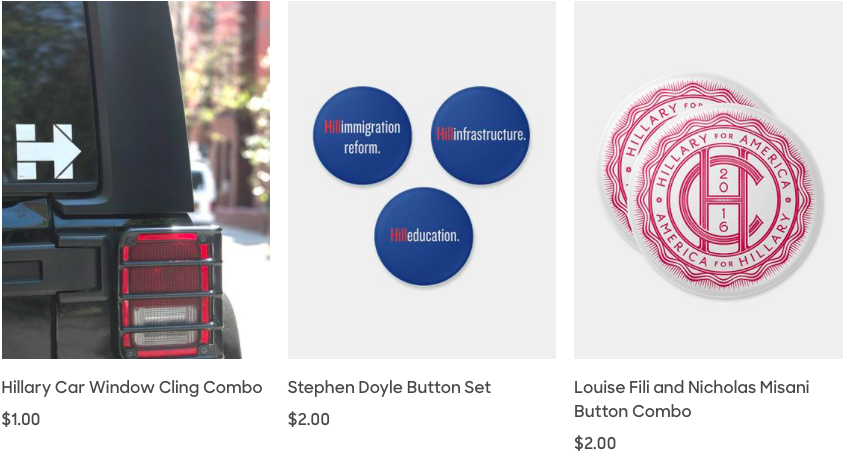 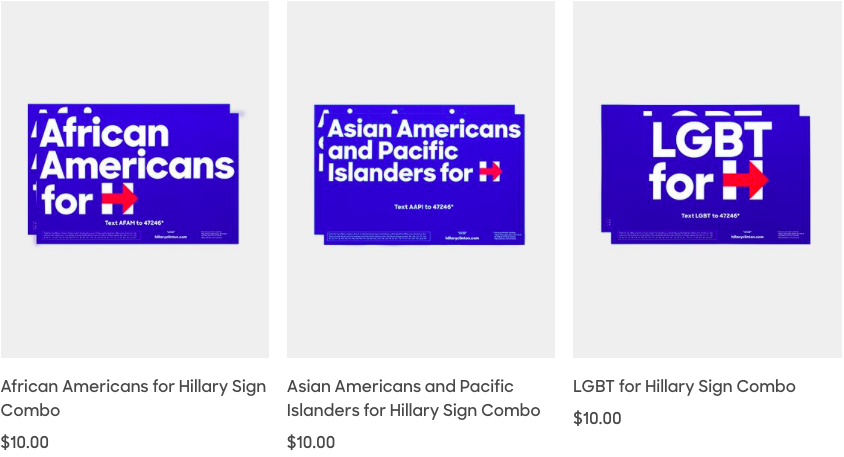 You can purchase a piece of history by clicking here.