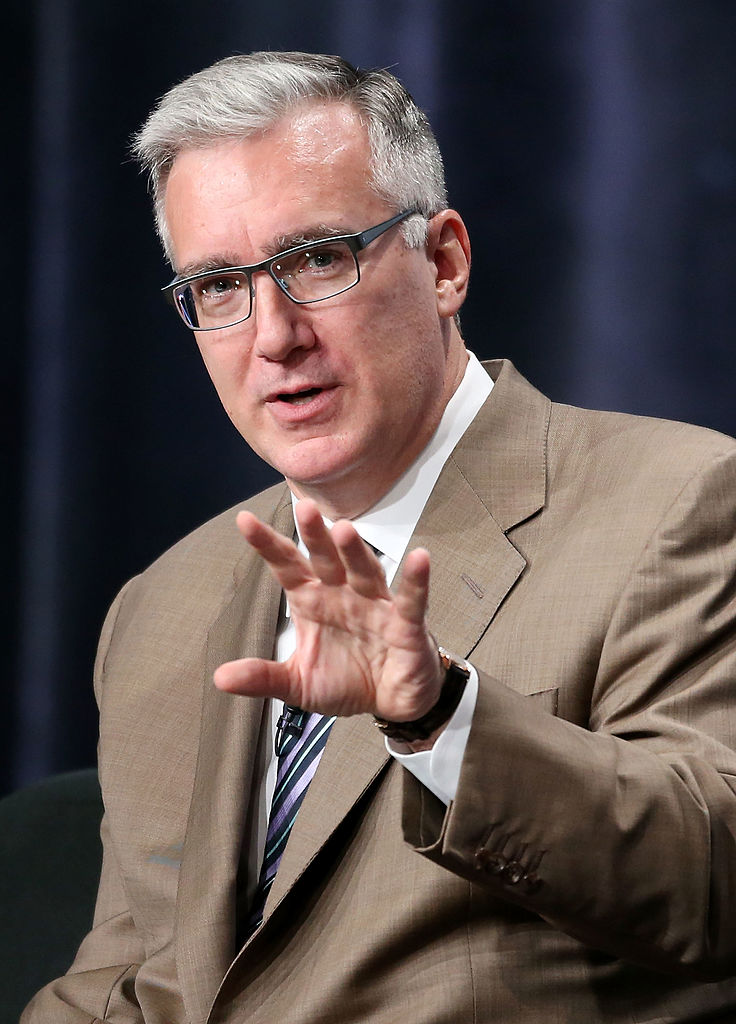 In fact, the host of GQ’s new web-series, “the Resistance,” tweeted Monday that Donald Trump’s former campaign manager is a “wretched human” and a “fascist.”

What a wretched human @KellyannePolls truly is #LeaveOurCountry #Fascist https://t.co/U8gYzY8H9r

Olbermann, whose nauseating on-air rants have led to him being fired once by MSNBC and twice — I repeat, TWICE — by ESPN, was responding to Conway’s Monday morning interview on CNN.

Conway excoriated “New Day” host Chris Cuomo and other media members for focusing on Donald Trump’s tweets about the cast of the musical “Hamilton,” rather than advancements Trump’s transition team has made over the past week toward filling out his cabinet. (VIDEO: Kellyanne SHREDS Media’s Obsession With Trump’s Tweets)

“Why do you care?” Conway asked Cuomo. “Focus on what he did this week as your president-elect, which was unbelievable, and I would say unprecedented.”