Florida Sen. Marco Rubio slammed the U.S. and Canadian heads of state Saturday for their tepid responses to the death of Cuban dictator Fidel Castro.

President Barack Obama declined to pass judgement on Castro in his statement, noting instead, “the countless ways in which Fidel Castro altered the course of individual lives, families, and of the Cuban nation.”

“History will record and judge the enormous impact of this singular figure on the people and world around him,” was the closest Obama came to criticizing the oppressive tyrant. Trudeau’s statement, meanwhile, went even further — actually praising Castro and noting the friendship between Castro and Trudeau’s father. 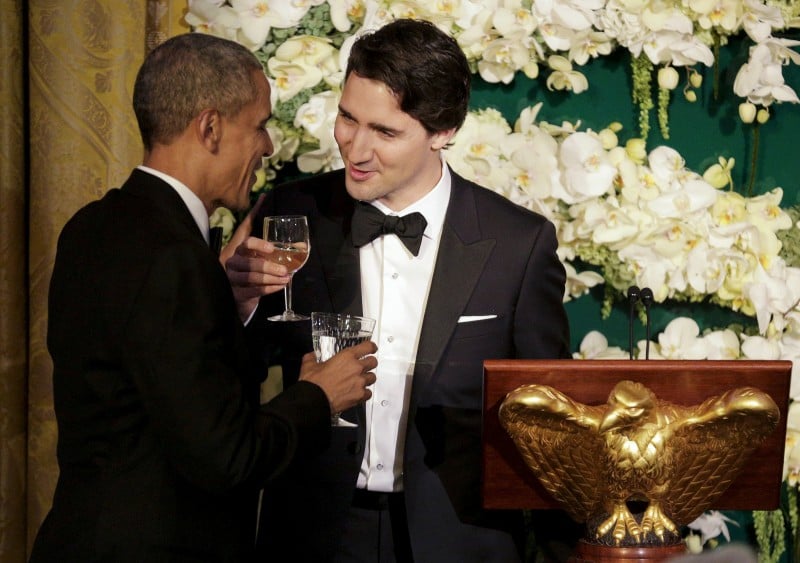 Rubio, the son of Cuban immigrants who fled shortly before Castro took power, was harder on Obama and Trudeau than the two world leaders were on Castro

“President Obama issued a pathetic statement on death of dictator [Fidel Castro] with no mention of thousands he killed & imprisoned,” Rubio said on Twitter.

Rubio later incredulously tweeted out a link to Trudeau’s statement, asking if it was a parody.

“Is this a real statement or a parody?” Rubio said. “Because if this is a real statement from the [Prime Minister] of Canada it is shameful & embarrassing.” (RELATED: Trump’s Brutally Honest Castro Statement Proves He’s No Obama)

History will remember Fidel Castro as an evil, murderous dictator who inflicted misery & suffering on his own people pic.twitter.com/Y7207S6qVD

In his own statement, Rubio said that Castro will go down in history as “an evil, murderous dictator who inflicted misery & suffering on his own people.”