Augmented reality (AR) is often mentioned in the same breath as virtual reality (VR), but the two markets are very different. Whereas VR devices block off a users’ perception of the outside world and enclose them in virtual worlds, AR devices enhance a user’s view of the real world with digital overlays. Here are ten key things you should know about these devices, which could greatly “augment” your vision over the next few years. 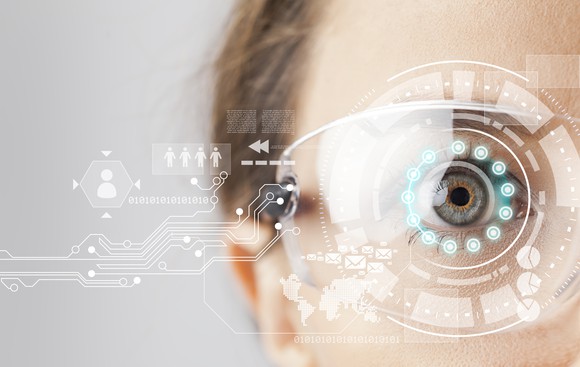 1. The AR market could grow from nearly nothing today to $90 billion by 2020, according to Digi-Capital. Nearly half that revenue is expected to come from sales of AR hardware, while the remainder could come from retail, enterprise, and gaming uses.

2. Worldwide AR headset sales could hit $1.2 billion by 2017, according to CSS Insights. That could be great news for Microsoft (NASDAQ: MSFT), which launched the developer version of its HoloLens mixed reality headset earlier this year.

3. Microsoft bought Minecraft maker Mojang for $2.5 billion two years ago. The purpose of that purchase wasn’t clear until Microsoft showcased the HoloLens’ holographic capabilities with tabletop Minecraft the following year.

5. Pokemon Go was implicated in “hundreds” of crimes, including robberies, thefts, assaults, and driving offenses. These clashes highlight the serious risks of merging digital worlds with real ones. Niantic was sued for turning quiet parks into crowded ones filled with litter. Muggers used the game’s “lures” to attract victims, and distracted drivers hit and killed pedestrians.

6. 73% of Americans stated they were “knowledgeable” about the Internet of Things (IoT) and AR markets, according to an ISACA survey this year. Yet that represents a big decline from 83% in 2015, suggesting that the IoT and AR markets are becoming more confusing as they expand with more devices.

7. 77% of respondents in the ISACA survey believe that AR enhancements could make IoT devices more susceptible to data breaches. The recent Mirai botnet attack, which hijacked IoT devices to shut down major websites, and the surge in data breaches could hurt consumer confidence in the security of their AR hardware and apps.

8. However, 60% to 70% of consumers see clear benefits in using AR and IoT devices in their daily life and at work, according to ISACA. In daily life, 69% believed that the tech could help them learn new skills, 62% saw shopping benefits, and 62% saw healthcare benefits.

9. 737 AR start-ups were listed on AngelList as of this writing, with an average valuation of $4.7 million. The three most followed companies are motion control start-up Leap Motion, healthcare start-up Augmedix, and instant language translation start-up Waygo.

10. The most valuable AR start-up is Magic Leap, which was valued at $4.5 billion in February after raising $793.5 million in Series C funding. The start-up is reportedly developing an AR headset, similar to HoloLens, which projects holographic images onto real-world surfaces. One top investor is Alphabet‘s (NASDAQ: GOOG) (NASDAQ: GOOGL) Google, which previously failed to crack the AR market with the maligned Google Glass.

The AR market is frequently overshadowed by the VR market, but it shouldn’t be. AR hardware and applications arguably have more uses in transforming the real world than VR, which will initially be used for gaming, entertainment, or remote visits. Therefore, investors should keep an eye on the companies trying to digitize our surroundings.

10 stocks we like better than Microsoft
When investing geniuses David and Tom Gardner have a stock tip, it can pay to listen. After all, the newsletter they have run for over a decade, Motley Fool Stock Advisor, has tripled the market.*

David and Tom just revealed what they believe are the 10 best stocks for investors to buy right now… and Microsoft wasn’t one of them! That’s right — they think these 10 stocks are even better buys.