In the 36 hours and counting after Cuban dictator Fidel Castro’s death, Democratic National Committee leaders and the DNC itself ignored Castro’s passing altogether.

Torn between its establishment wing — which cheered on Hillary Clinton’s failed presidential campaign — and an increasingly frustrated socialist wing, the Democratic party took no official position on the death of a murderous tyrant who shamelessly trampled human rights in the name of socialism.

A DNC spokesperson did not return a request for statement on Castro’s death. The DNC’s silence stands in stark contrast to their RNC counterparts, who put out a statement showing support for “the millions of Cubans who have suffered under his repressive and murderous regime.” 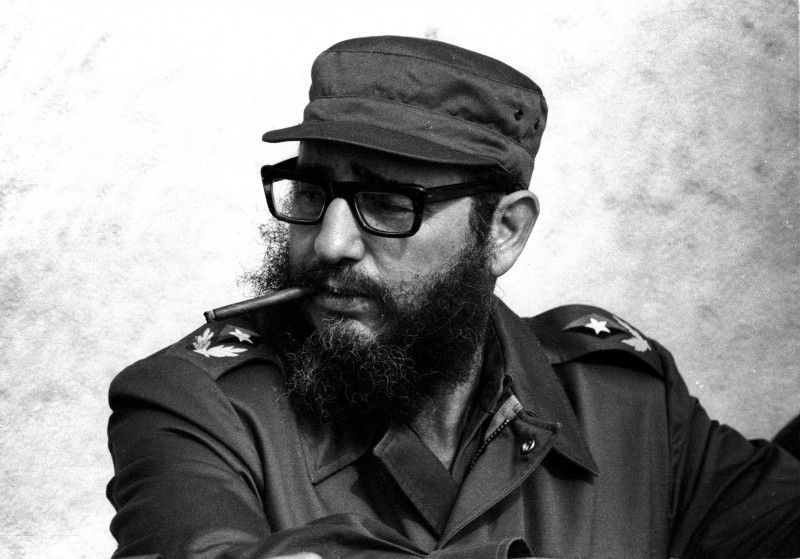 Then Cuban Prime Minister Fidel Castro attends manoeuvres during the 19th anniversary of his and his fellow revolutionaries arrival on the yacht Granma, in Havana in this November 1976 file photo. REUTERS/Prensa Latina/File Photo

A statement on Castro’s death could be telling about how far left the Democratic party will go in the coming years following a heated primary that was later revealed to have been stacked in favor of Clinton.

Whether or not to condemn a murderous dictator is a simple decision for the DNC made complicated by a radical wing of the Democratic party that is growing in size as frustration mounts over the party’s underwhelming performance in both state and national elections this November.

Ellison, considered a frontrunner for DNC chair, lines up to the left of mainstream Democrats and backed Sanders during the Democratic primary.

Dean, who endorsed Clinton and later attacked Sanders for staying in the race as long as he did, also offered no statement in the 24 hours following Castro’s death.

To the north, Canadian prime minister Justin Trudeau was mocked after praising Castro and noting that his father was “proud” to call Castro a friend.

President Barack Obama, meanwhile, stopped short of praising Castro while offering nothing in the form of condemnation. Florida Sen. Marco Rubio, the son of Cuban immigrants, expressed his dismay at Obama and Trudeau’s reactions to Castro’s death.

The DNC, however, remained silent.