John Kasich was the recipient of a tidal wave of Twitter hate Monday, as countless users blamed the Ohio governor for Monday’s horrific attack on Ohio State University’s campus. 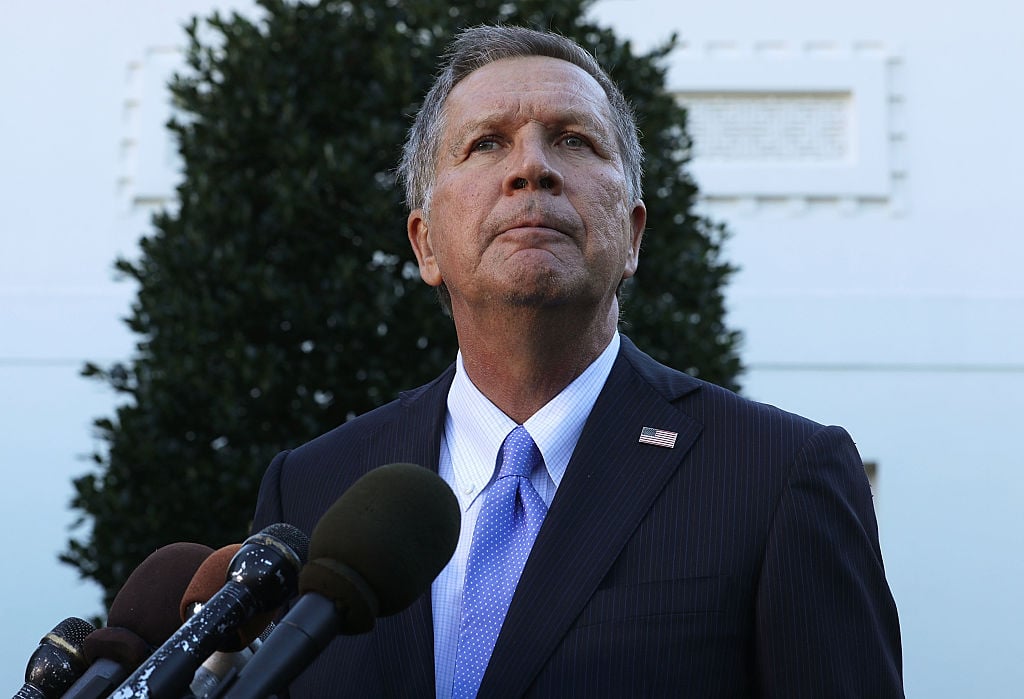 Kasich praised Ohioans for exhibiting strength and resilience in the face of such a tragedy with a statement Monday afternoon.

Ohio Governor John R. Kasich issued the following statement in response to the attack this morning at The Ohio State University: pic.twitter.com/I3KS2b5dMB

But that didn’t stop people from blaming his calls to open the Buckeye state’s borders to international refugees for Abdul Artan’s actions. (RELATED: OSU Attacker Identified — Here’s Everything We Know About Abdul Razak Ali Artan)

Ohio State University is on you

Looks like Kasich will eat any and everything.
Idiot John Kasich shoves pancakes down his throat while shoving terrorists down Ohio’s. pic.twitter.com/XHI1XjFHei

John Kasich, “What should we do about the Moslem shooters? We need to ban #RichardSpencer of #AltRight speaking on campus.”

John KASICH do you remember the prom Trump always reads on the snake? You let the snake in OHIO!

Didn’t John Kasich introduce the radical muslim lone wolves into the Buckeye State?
Then call for a ban on weapons?#OhioState https://t.co/4PmTamuCfQ

John Kasich outlining why he didnt win the GOP nom with his press conference today, wondering out loud about the possible motives. Ugh. #osu

John Kasich’s comments all about him. No mention of Somali Muslim Terrorist. Just “we may never know why”. I know why. Duh.

Ohio Gov. John Kasich has been supportive of the refugee resettlements in his state
Read more at https://t.co/EXihEMMocr https://t.co/BbjoSPxoAK

Thanks John Kasich for inviting 45,000 Somali terrorists to Ohio. We will R.E.M. her this at your next reelection

John Kasich speaking – STFU – You asked for this! #OhioState

Kasich lost support during the Republican primary for siding with President Barack Obama and the Democrats on the Syrian refugee crisis. (RELATED: Kasich — ‘America Needs To Be Part Of’ Solving Syrian Refugee Crisis)