Joe Scarborough ended an incredibly heated segment on “Morning Joe” Tuesday by taking a shot at a guest’s rockin’ up-do. 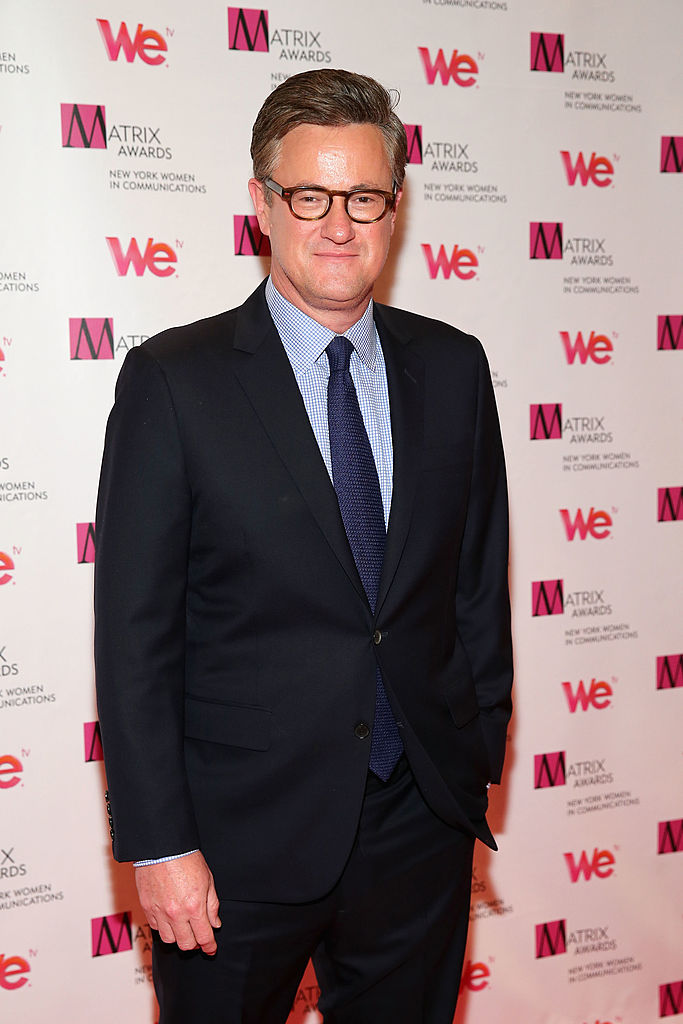 Scarborough and New York Times columnist Anand Giridharadas had been yelling at each other over the rationality of Giridharadas’ fears about President-elect Donald Trump.

Trump tweeted Tuesday morning that flag burners should be punished with “loss of citizenship,” and Scarborough exploded on Giridharads for taking the suggestion literally.

Nobody should be allowed to burn the American flag – if they do, there must be consequences – perhaps loss of citizenship or year in jail!

“You’re not being rational now,” accused Scarborough. “I have to say this before we go.”

“Let me finish because you know what I’m going to say and you don’t want me to say it because you know I’m right,” he added as Giridharads attempted to head him off. “The Supreme Court of the United States of America will never under any circumstances allow anyone to be stripped of their citizenship because they burned the American flag.”

“If you don’t believe that, you haven’t been reading Constitutional law for the past seventy years,” the “Morning Joe” host continued. “Hitler is not coming back.”

At this point, co-host Mika Brzezinski sought to end the segment on a high note and said she would like to hear more from Giridharads “and [his] family.”

“Bring your family,” Scarborough added, setting himself up for the easy slam. “Does everybody’s hair go straight up?”

Giridharads was a good sport and answered that “some do, except [his] dad.”