Ben Smith, the editor-in-chief of the activist liberal website Buzzfeed, is defending his outlet’s hit job on Chip and Joanna Gaines, the stars of the HGTV reality show “Fixer Upper,” over their pastor’s views on gay marriage and homosexuality.

Adding a bit of hypocrisy to the mix is the fact that Smith’s own father, Robert S. Smith, sided against gay marriage in 2006 when he served as a judge on the New York Court of Appeals.

In an article published Tuesday, Buzzfeed reporter Kate Aurthur raised questions about the Gaineses and their Waco, Texas-based home remodeling show given that their pastor, Jimmy Seibert, has preached against gay marriage and homosexuality. (RELATED: Buzzfeed Is Trying To Destroy One Of HGTV’s Most Popular Christian Couples)

As many readers pointed out on social media, Seibert’s views are consistent with most religious figures, and the Gaineses appear to have kept whatever views they have on gay marriage to themselves, having never publicly commented on the issue. (RELATED: Chip And Joanna Gaines Are Christians So They Must Be Destroyed)

But Aurthor used Seibert’s position to ask the question of whether the home decorators would ever invite gay couples on their show.

The article, which has received nearly 500,000 pages views as of this writing, was lambasted on Twitter and in the Buzzfeed comments section.

“This is the dumbest story I have ever heard. It’s like a witch hunt for their beliefs, to try an stir the oil from a pot into the flames of the stove,” reads the most popular comment on the article.

Smith offered a confusing defense of the piece in response to the criticism.

He claimed on Twitter that the article was about HGTV and its alleged refusal to say whether gay couples are allowed on the show.

But a reading of Aurthor’s article undercuts that claim and suggests that it is a hit piece against Chip and Joanna Gaines and their Christian faith. The headline of the report demonizes only the Gaineses and not HGTV. Most of the article itself deals with their Christian background and their pastor. 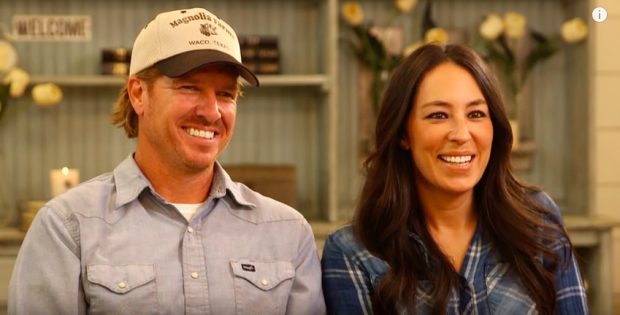 And the subheadline makes no mention of HGTV either. It reads: “Their pastor considers homosexuality to be a ‘sin’ caused by abuse — whether the Fixer Upper couple agrees is unclear.”

One paragraph of the article is dedicated to HGTV and Aurthor’s inability to obtain comment from the network on whether gays are allowed on Fixer Upper.

There’s other evidence that the target of Aurthor’s hit piece was the Gaineses and not HGTV. Several days before the article was published the reporter tweeted negatively about the show and implied that the couples featured on the show are Donald Trump supporters.

As part of his attempt to deflect criticism of the article, Smith took the tactic of attempting to browbeat other non-Buzzfeed reporters into taking an interest in the story. Nevermind that none of the reporters thought that the premise of the piece — a Christian couple whose only supposed sin is that they have a pastor who holds views commonly held by others in his profession — was worthy of publication.

Smith’s father, former New York appeals court judge Robert S. Smith, voted against allowing gay marriage in New York in 2006. In an article he wrote earlier this year in which he expressed support for Hillary Clinton, Judge Smith acknowledged that he received flak for his stance on the issue.

Reached through email by The Daily Caller, Ben Smith declined to wholeheartedly disavow his father’s position on the issue.

“I don’t have a view on the [New York] state constitution, though I do think LGBT people should be allowed to marry,” Smith replied.

“Are you seriously asking me if I think conservative judges should be permitted to serve? You gotta troll better than that.”

Asked about the Aurthor story, Smith referred to his remarks on Twitter.

“I do think it would be nice if they’d say whether or not gay couples can appear on their show. Do you think that’s not a question work asking?” he asked TheDC.

TheDC did not respond.