BuzzFeed is trying to take down one of television’s most famous couples because they are Christians who attend a church that believes gay marriage is sinful. 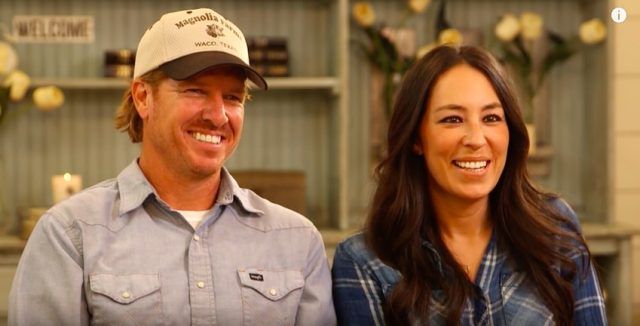 Chip and Joannes Gaines are the stars of “Fixer Upper” — the HGTV series that revolves around turning crappy, dilapidated houses into beautiful homes in order to revive outdated neighborhoods. They are also devout Christians who often talk about their faith and attend the Antioch Community Church in Waco, Texas.

On Tuesday, BuzzFeed published a story with the headline “Chip And Joanna Gaines’ Church Is Firmly Against Same-Sex Marriage.” The piece attacks the couple because the pastor of their church, Jimmy Seibert, “takes a hard line against same-sex marriage and promotes converting LGBT people into being straight.”

“So are the Gaineses against same-sex marriage?” the BuzzFeed article reads. “And would they ever feature a same-sex couple on the show, as have HGTV’s ‘House Hunters’ and ‘Property Brothers’?”…It’s worth looking at the severe, unmoving position Seibert and Antioch take on same-sex marriage.”

The BuzzFeed reporter dug up quotes from the pastor’s previous sermons where he maintains his belief that marriage is “between one man and one wife,” but the piece never confirms whether Chip or Joanna are personally against gay marriage.

However, BuzzFeed’s own readers seem to be turning against them — accusing the site of going on a “witch hunt” against the couple for no reason.

“This is the dumbest story I have ever heard,” one reader commented. “It’s like a witch hunt for their beliefs, to try an stir the oil from a pot into the flames of the stove. This kind of article is exactly what is wrong with the media.”

“Who cares if they think homosexuality is a sin,” another wrote. “Are they campaigning for hate of these people? No. Stop!”

“This is a tired, forced witch hunt. You are inciting a wave of negative attention on this couple for something that indirectly links to them,” a third reader said. “That’s not journalism, it’s petty bullshit.”