The ad is titled “SQUAD GOALS ESP 30v2.mp4” and is a shortened version of an ad that came out in September featuring surrogates such as President Barack Obama campaigning for Hillary. The ad released Wednesday also features Spanish subtitles. (RELATED: Hillary Clinton Officially Signs On To Wisconsin Recount Effort) 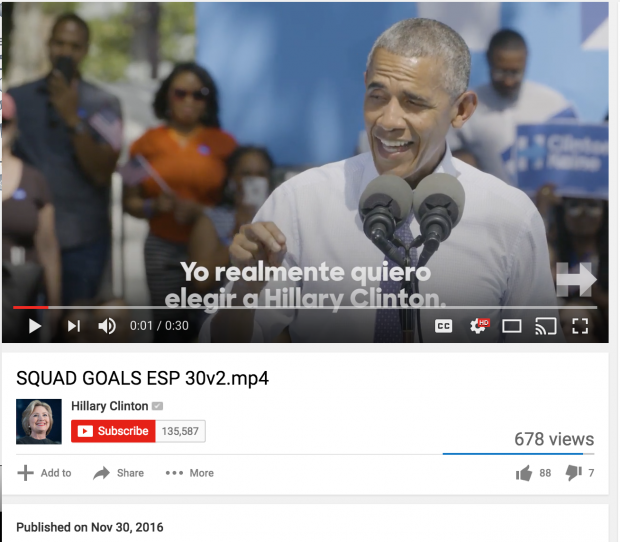 It was marked private not long after it was uploaded.