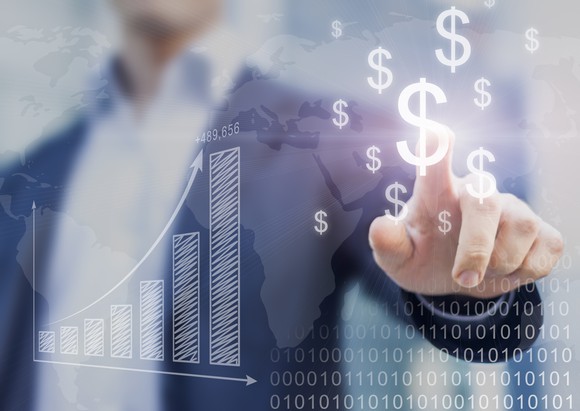 There are multiple ways that one could value how “rich” a company is. The most obvious is to rank companies by market capitalization, which is the total market value of all shares outstanding. We can also look at the companies with the most cash and then speculate on what they might do with the hoard they are sitting on.

Other than tech companies and the consumer goods behemoth Johnson and Johnson, a big bank and an energy company — both of which dominate their respective industries — have good reason to be on this list. One exception is Berkshire Hathaway. Warren Buffett’s iconic holding and investment company is unusual because it’s the only one of its kind, an investing firm. Berkshire Hathaway has no products of its own other than the companies it has acquired and yet shares have ballooned in its 50-year history making Buffett the second wealthiest person in the country.

The richest companies in the U.S.

While market cap makes sense to calculate the most valuable companies in the U.S., most of these companies can’t actually do much with market cap since they usually own only a small percentage of shares. Instead, it might be more valuable to look at companies that have the largest cash hoards, and speculate what they might do with it.

By far the wealthiest company in the U.S. by total cash value is Apple, which has a record of nearly $238 billion in cash, cash equivalents, and marketable securities in its most recent quarter. While some investors want more dividends, Apple is likely to use some of its money to get more aggressive in going after the connected-car market, artificial intelligence, or other long-term investments. Or as Salesforce.com Chief Digital Evangelist Vala Afshar points out, perhaps they could buy a few small sports franchises.

Apple has $237.6 billion in cash. It could buy all@NFL teams