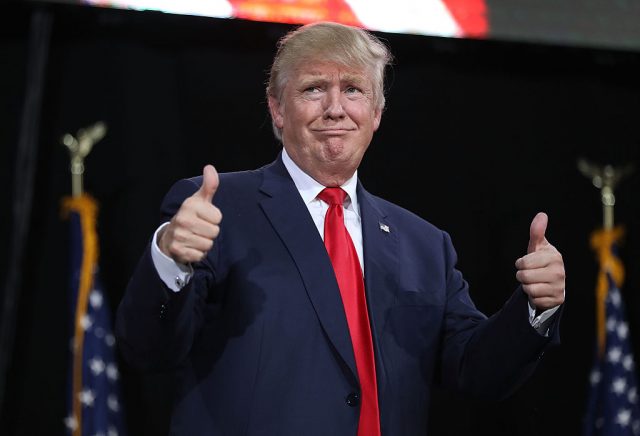 The president-elect — who once said his favorite book was the Bible — repeatedly insisted that if he was elected, people would be saying “Merry Christmas” instead of the politically correct “happy holidays.”

“Other people can have their holidays but Christmas is Christmas,” he continued. “I want to see Merry Christmas. Remember the expression Merry Christmas? You don’t see it anymore! You’re going to see it if I get elected, I can tell you right now.”

Merry Christmas, have an amazing day!

He also once told Yellowhammer Radio that he goes out of his way to use the word “Christmas.”

“There’s an assault on anything having to [do] with Christianity,” he said.

“They don’t want to use the word ‘Christmas’ anymore at department stores. There’s always lawsuits and unfortunately a lot of those lawsuits are won by the other side.”