Yesterday, the Left declared war on Christians. As you may have heard, BuzzFeed launched an attack on Chip and Joanna Gaines, the stars of the popular HGTV show “Fixer Upper.” The piece was titled “Chip And Joanna Gaines’ Church Is Firmly Against Same-Sex Marriage.” Apparently attending a Christian church makes you a bigot these days. BuzzFeed’s hit job is a blatant attempt to get HGTV to kick the Gaineses off the network for their religious beliefs.

If you believe in religious freedom in this country, you have to stick up for the Gaineses. You could watch their show, which is available online, to prove to HGTV that the Gaineses still have an audience. And you can buy their new book, “The Magnolia Story.” 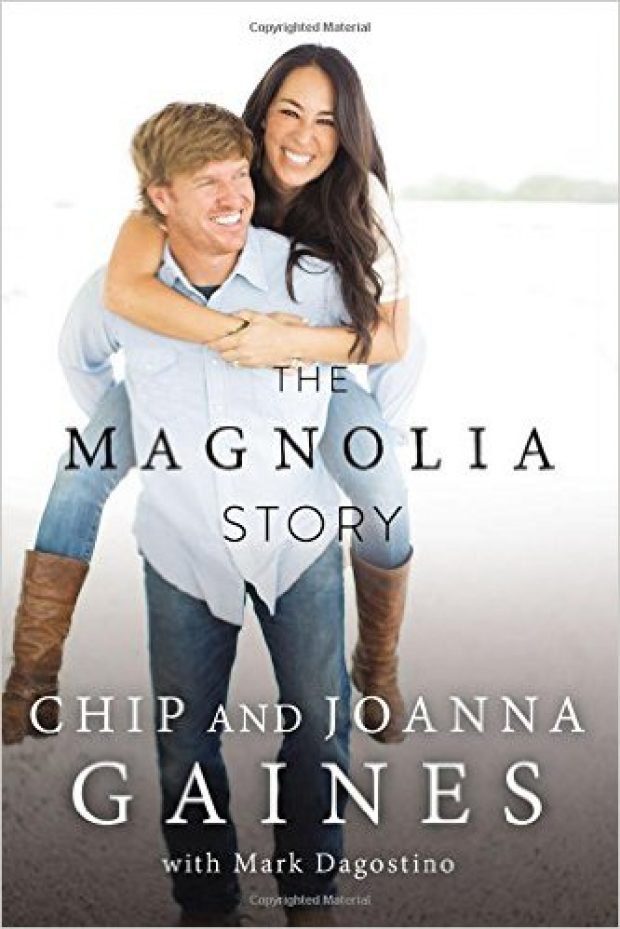 Is BuzzFeed trying to stop people from buying the Gaines’ new book? (Photo via Amazon)

Are you ready to see your fixer upper?

These famous words are now synonymous with the dynamic husband-and-wife team Chip and Joanna Gaines, stars of HGTV’s Fixer Upper. As this question fills the airwaves with anticipation, their legions of fans continue to multiply and ask a different series of questions, like—Who are these people?What’s the secret to their success? And is Chip actually that funny in real life? By renovating homes in Waco, Texas, and changing lives in such a winsome and engaging way, Chip and Joanna have become more than just the stars of Fixer Upper, they have become America’s new best friends.

The Magnolia Story is the first book from Chip and Joanna, offering their fans a detailed look at their life together. From the very first renovation project they ever tackled together, to the project that nearly cost them everything; from the childhood memories that shaped them, to the twists and turns that led them to the life they share on the farm today.

They both attended Baylor University in Waco. However, their paths did not cross until Chip checked his car into the local Firestone tire shop where Joanna worked behind the counter. Even back then Chip was a serial entrepreneur who, among other things, ran a lawn care company, sold fireworks, and flipped houses. Soon they were married and living in their first fixer upper. Four children and countless renovations later, Joanna garners the attention of a television producer who notices her work on a blog one day.

In The Magnolia Story fans will finally get to join the Gaines behind the scenes and discover:

And yet there is still one lingering question for fans of the show: Is Chip really that funny? “Oh yeah,” says Joanna. “He was, and still is, my first fixer upper.”

Stand up for the Gaineses by getting a copy. And you get one for friends and family as a Christmas gift as well.