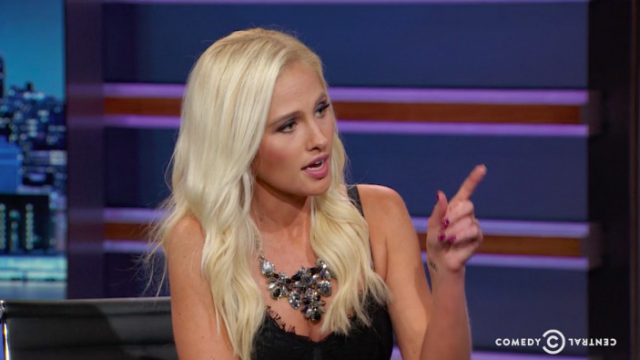 Though multiple left-leaning outlets claimed Noah “obliterated,” “blasted” and “grilled” Lahren, “TheBlaze” host stood her ground when she explained that she lost respect for the Black Lives Matter movement once they started “pushing the false narrative” of “hands up, don’t shoot” and “rioting and looting and burning.”

When Colin Kaepernick was brought up, Lahren — who offered to have the quarterback on her show — denied that her arguments are ever rooted in racism.

“Because I criticized a black person or I criticized the Black Lives Matter movement that doesn’t mean that I’m anti-black,” she said.

“It does not mean that I don’t like black people or that I’m a racist. I don’t see color. I go after Hillary Clinton and she’s as white as they come.”

“I wish that we could disagree with each other without thinking that we are bad people or ill-intentioned folks.”

To my fans: Trevor Noah is not a douche or a jerk. To Trevor’s fans: I’m not a bitch or c*nt. We are people with opposing views. That’s it.