Over 150,000 Haitians have immigrated to the northern Mexican state of Baja California in the past eight months, with many hoping to reach the United States.

El Universal reported Monday that the equivalent of 1.5 percent of Haiti’s population had immigrated to the Mexican state. Haitians receive amnesty through Temporary Protected Status and thousands who have migrated to Mexico have hoped to take advantage of this benefit or receive asylum.

Jeh Johnson, secretary of the Department of Homeland Security, announced recently that removals of Haitians to their home country will be resumed. They had been suspended following Hurricane Matthew’s October landfall in Haiti. 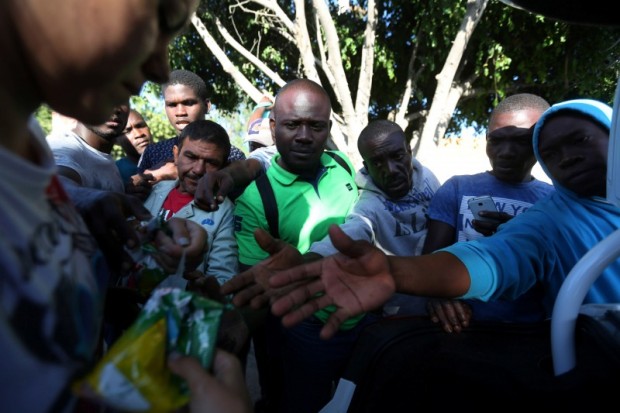 Mexico has been facing an influx of African and Haitian immigrants in 2016. In the first seven months of the year, Mexico detained more migrants from Africa than they had in the past four years combined. In late October, Mexico’s Interior Minister Miguel Angel Osorio Chong called the migration wave a “grave problem.” (RELATED: Influx Of Haitian And African Migrants In Mexico Now Deemed A ‘Humanitarian Crisis’)

Chong said that following the 2010 earthquake in Haiti, immigrants from the island surged into Mexico with hopes of getting asylum. “Now they have closed the border. They receive very little,” Chong added. Most of the Haitian migrants have come from Brazil where they went following the earthquake for refuge or worked in jobs related to the World Cup and Olympics.

One Haitian migrant El Universal interviewed in Mexicali said, “I want to leave here, I want to go to that side [US].” The migrant was staying at a hotel for immigrants three blocks from the U.S. border that has become so filled up they have started putting tents on the roof. (RELATED: Illegal Immigration Surges Before Trump Takes Office)