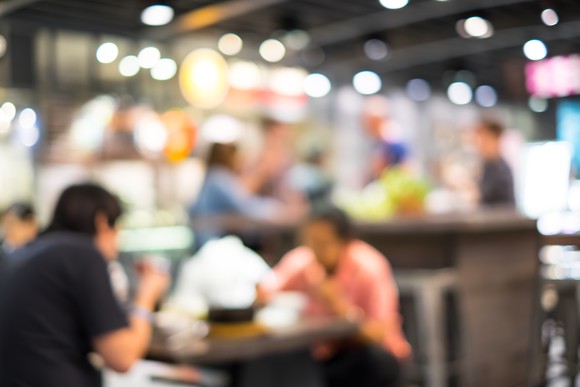 A generation ago the fast casual industry was essentially non-existent. While there were independent restaurants that filled the niche between fast food and casual dining, the concept of a fast-casual chain was just an idea in the minds of entrepreneurs like Chipotle‘s (NYSE: CMG) Steve Ells and Panera Bread‘s (NASDAQ: PNRA) Ron Shaich.

Today, fast casual is arguably the most influential force in the restaurant industry. There are now tens of thousands of such restaurants across the country, and the effect of brands like Chipotle and Panera is seen among independent restaurants, traditional fast food, and even at the grocery store. Defined as restaurants that serve food at the counter like traditional fast-food chains but at a higher quality and price point, fast casual has been the biggest innovation in restaurants in a generation.

Below are 5 key stats about the fast-casual industry today.

There are at least 20,000 fast casual restaurants nationwide, and probably considerably more when independent restaurants are factored in — there’s no definitive measurement of the industry. That’s more than any single restaurant chain in the country except for Subway, which has more than 27,000 locations. Chipotle, Panera, and Jimmy John’s lead the way, as all three have more than 2,000 domestic locations. Five Guys is not far behind with more than 1,000. The overall number should continue growing at a fast pace as several chains have aspirations to open thousands of restaurants across the country.

Despite their strong growth, fast casual restaurants have only a 7.7% share of the overall restaurant industry. Total U.S. restaurant sales are expected to top $780 billion this year, meaning fast casual sales should reach around $60 billion. That means the fast casual industry has plenty of room to grow if it can continue taking market share from traditional fast food and casual dining as it has in recent years. The small percentage of market share should equate to a long tail of growth for the industry.

The average check size in fast casual is $12, more than double the $5 in traditional fast food. This higher price point is a sign that the industry has succeeded from both a financial and cultural standpoint. The discrepancy also means rising wages and economic expansion could be good news for the industry, as it will convince some consumers to trade up from regular fast food.

Fast casual industrywide sales grew 10.4% in 2015 after an increase of 13.5% in 2014. By comparison, the overall restaurant industry grew by just 5.7% last year and 5.3% the year before. With growth double that of the rest of the industry, other restaurants should continue to absorb some of the lessons from the fast casual boom.

At least seven fast casual restaurants went public between 2013 and 2015. Those include Shake Shack, Habit Restaurants, Potbelly, Noodles & Company, Zoe’s Kitchen, Wingstop, and El Pollo Loco. That rush of IPOs was brought on by the success of Chipotle and Panera, as well as high valuations in the restaurant industry as investors searched for the “next Chipotle.” However, while many of those IPOs soared initially, they have mostly underperformed as a bubble seems to have formed in the industry. 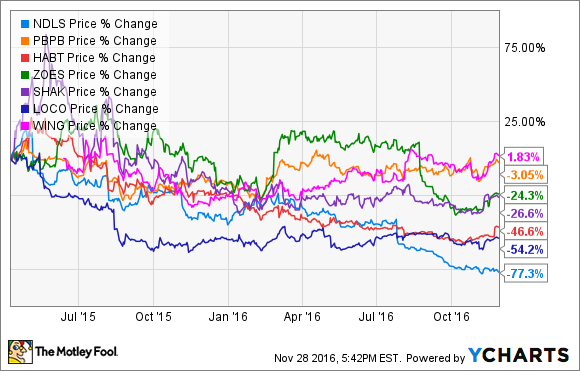 Despite the weak performance of those stocks, the industry as a whole remains strong. With so many companies aiming to open thousands of restaurants, some were likely to fail, but the influence of the fast casual trend is clear. Fast-food chains like Wendy’s and McDonald’s are taking cues in their store design and food offerings, and the restaurant segment has been a driver of the increasing popularity of organic and natural foods in the supermarket. Expect fast casual restaurants to continue to outgrow the overall restaurant industry in the years ahead as this trend marks a lasting shift in Americans’ eating habits.

10 stocks we like better than Chipotle Mexican Grill
When investing geniuses David and Tom Gardner have a stock tip, it can pay to listen. After all, the newsletter they have run for over a decade, Motley Fool Stock Advisor, has tripled the market.*

David and Tom just revealed what they believe are the 10 best stocks for investors to buy right now… and Chipotle Mexican Grill wasn’t one of them! That’s right — they think these 10 stocks are even better buys.