A brand new poll from Bloomberg Politics shows that the overwhelming majority of Americans think Donald Trump shouldn’t be forced to sell his businesses before being inaugurated. 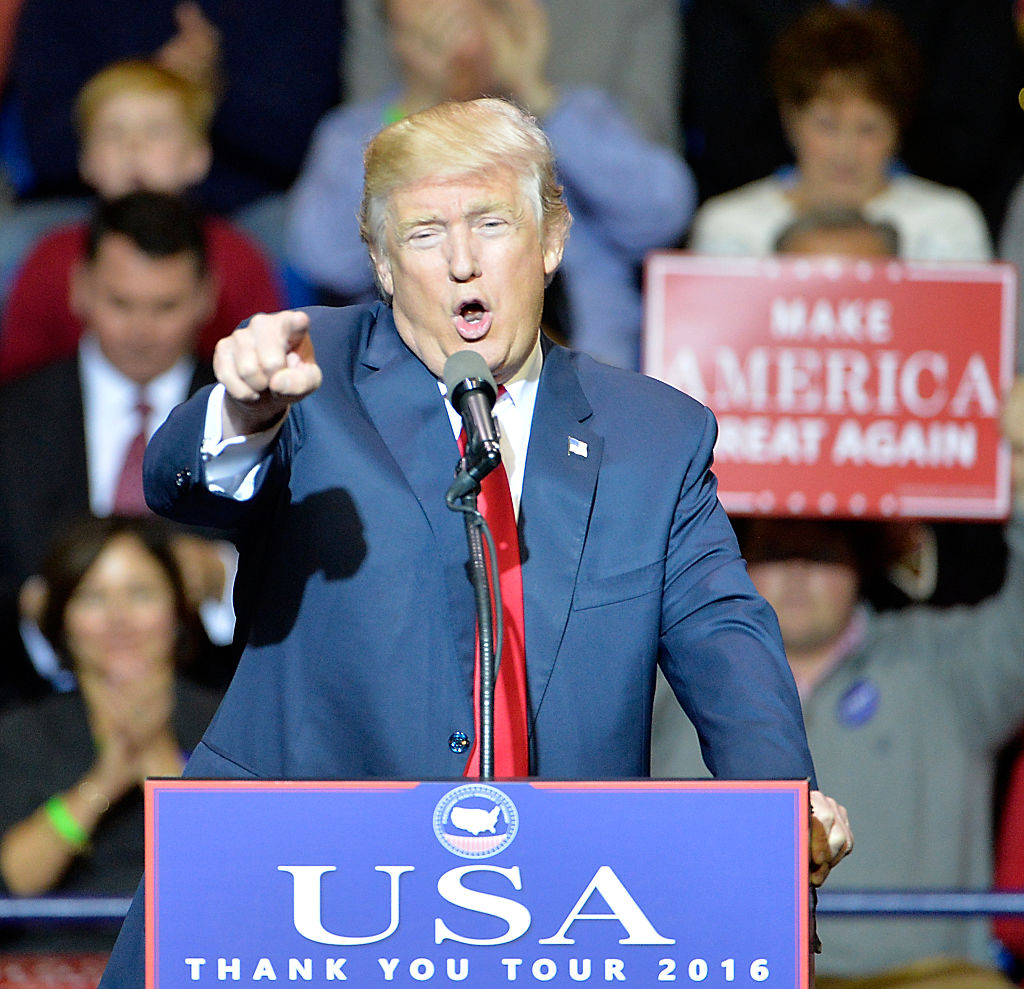 Of the 999 survey participants, 69 percent say that forcing Trump “sell all his businesses so that neither he nor his family could potentially profit from actions he takes as president… goes too far.”

Only 26 percent responded that Trump should sell all of his businesses, and five percent said they were not sure.

The poll also found that 51 percent are “very confident” Trump will “put the nation’s best interests ahead of his family’s finances when he deals with foreign leaders.”

Panoramic of the audience at Donald Trump’s speech at Crown Coliseum on December 6, 2016 in Fayetteville, North Carolina (Getty Images)

While Trump was already distanced himself from some of his campaign talking points — including walking back promises to fully repeal Obamacare and prosecute Hillary Clinton within his first 100 days in office — Bloomberg found that nearly three-quarters of participants were “fine” with his shifting positions.

Seventy-three percent had no problem with Trump’s post-election shifts, yet 20 percent stated they were “broken promises.”