Texas spends $275 million a year on a vehicle inspection program and has never bothered to find out if it makes the public safer or healthier.

The Lone Star State isn’t alone. None of the other 14 states with vehicle safety inspections could provide the Government Accountability Office with any evidence justifying the existence of the programs.

“The benefits and costs of such programs are difficult to quantify,” the GAO concluded in a recently updated report.

But although the programs have been dumped long ago by most of the country, reform-minded legislators are finding it hard to beat back the lobby for automotive repair shops, for whom the inspection programs are a taxpayer-underwritten revenue stream.

Republican state Sen. Don Huffines said he intends to introduce a bill in the 85th session of the Texas legislature beginning Jan. 10, 2017 that would eliminate 19 million safety inspections a year — 50,000 a day, seven days a week — across the state.

Ending the reviled program would save Texans what amounts to a double tax; $125 million a year in fees collected for the inspections and the $150 million balance made up in state taxes.

Huffines, who has also introduced legislation to limits the terms of most officials elected to state offices, including judges, expects resistance to his inspection bill from some of his entrenched colleagues as well as what he calls the garage lobby.

“The people hate it. It’s one of the most hated chores we have to do,” Huffines said. “I’ve found no evidence, no one who’s come to me with any data that says this program does a thing. But we’ve got a lot of career politicians who aren’t necessarily interested in what’s good for Texas.”

Vehicle safety inspections have been around for decades. They became more deeply rooted with addition of vehicle emissions inspections imposed by the federal Clean Air Acts of 1977 and 1990.

States like Texas required enhanced emissions inspections in counties where federal and state authorities determined air quality required heightened regulation. While there is no evidence such testing makes the air appreciably cleaner or the public healthier, Huffines said his bill will not challenge the federal emissions testing requirements in the 17 most populous counties in the state. 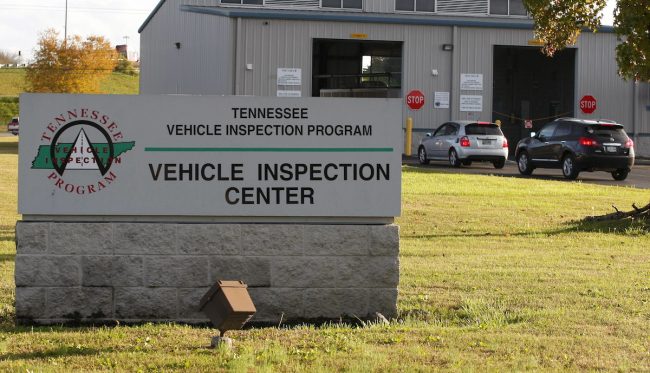 Safety inspections are another matter.

Mississippi got rid of its program more than a year ago when the state Department of Public Safety admitted it was losing money and inspection station operators said the fees coming back to them from the state weren’t enough to make it worth their while.

Washington, D.C. killed its program at a savings of $400,000 a year when officials learned that like most other states no one had taken the time to determine if it made people any safer. New Jersey followed suit a year later.

The GAO in August of 2015 concluded in its report that none of the remaining states with safety inspection were tracking operating costs or measuring the potential benefits of inspections. (You can find a chart with the participating states on page 6 of the report).

Even so, only 2 to 7 percent of highway crashes are the result of the kind of vehicle failure an inspection might catch, according to National Highway Traffic Safety Administration estimates.

At the height of the inspection craze in the 1970s highway traffic deaths topped 50,000 a year, the Charles G. Koch Professor of Economics at Troy University in Alabama told the committee. Today the annual death rate has dropped under 35,000.

The evidence, or lack of it, has not persuaded the legislature in North Carolina. Its Joint Legislative Program Evaluation Oversight Committee in 2008 recommended the state abandon a program that cost vehicle owners $141 million and another $40.8 million for the state to administer.

“No evidence exists showing the safety inspection program is effective, it is not possible to determine how much vehicle emissions inspections contribute to the improvement of overall air quality, and program oversight by DMV is inadequate,” the committee concluded in a scathing report.

Punctuating the report was a series of stories by the Charlotte News and Observer describing a program not only without benefit, but pockmarked by fraud and mismanagement.

John Turcotte, director of the Program Evaluation Division and its study, said proof of institutional corruption was no match for the lobbyists for the hastily organized Independent Garage Owners of N.C. and the Inspection Station Association of North Carolina.

“We could find any evidence that the program had any safety benefits, but you couldn’t believe the hostile reaction from the Legislature,” Turcotte said. “Senator (Stan, R-Archdale) Bingham tried twice (2008-09, 2009-10) but wanted nothing to do with it after that. ‘Let somebody else go out and take the bullets,’ he said.”

Huffines knows what he is up against. In the 2015 session, the vice-chairman of the Transportation Committee was unable to get a nearly identical bill abolishing the safety inspection program out of his own committee.

“When we get the word out that this is, in effect, a $45 to $50 tax cut,” Huffines said,
“we’re going to have a lot of support for getting rid of this worthless mandate.”