George Takei called on Democrats in the Senate to filibuster President-elect Donald Trump’s cabinet appointees — even though they can’t.

The 79-year-old actor, best known for his time on “Star Trek,” tweeted Thursday that the only option to stop Trump’s nominees — like General James Mattis for secretary of defense and Jeff Sessions as attorney general — is to filibuster. However, Senate Minority Leader Harry Reid eliminated the filibuster on administration nominees when Democrats held the majority. (RELATED: Liberals Rip George Takei For Not Liking Gay ‘Star Trek’ Character) 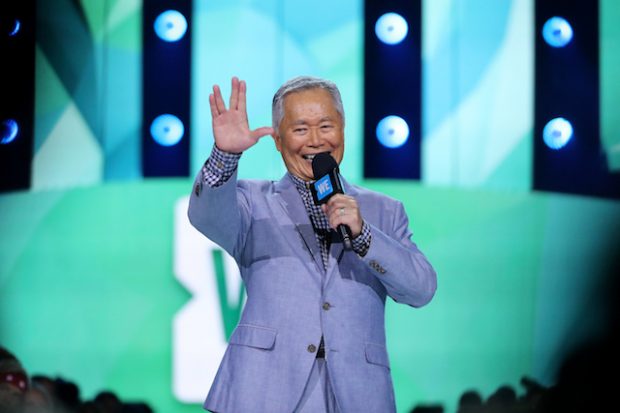 (Photo by Adam Bettcher/Getty Images for WE)

“Dear Democrats: You had better be prepared to filibuster folks like Mattis, Flynn and Sessions,” Takei tweeted. “We are counting on you to hold your ground.” (RELATED: The New Sulu Is Gay, And George Takei Is Bummed)

Takei has since deleted the tweet but it was captured by actor Adam Baldwin. 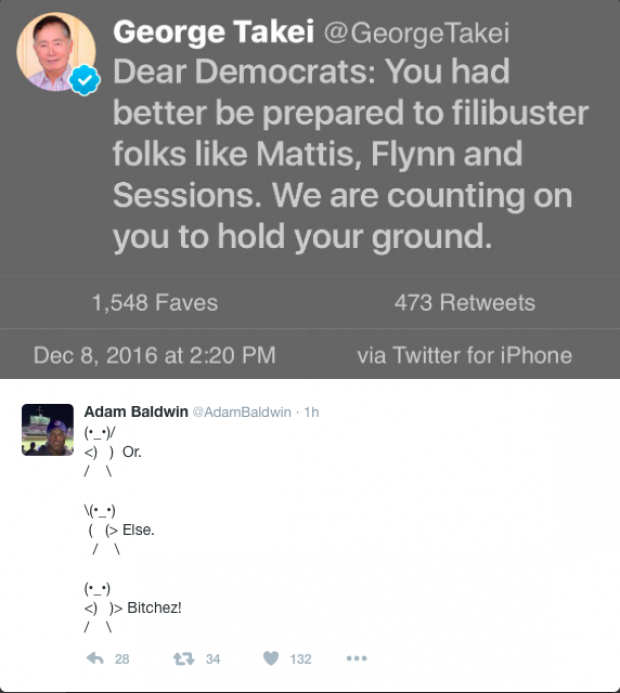 Earlier in the day, Takei called president-elect Trump “uninformed” in an interview with CNN.

“For a good number of days, I could not see things with an even balance,” Takei said. “And then it’s getting to be even more worrisome. The kinds of people he’s appointing to major Cabinet positions, Jeff Sessions to head the Department of Justice, when he has a history of racism and he was denied a judgeship because of that history?”

“I think Mr. Trump is uninformed,” he added. “It is an echo of what we heard from World War II coming from Trump himself. That sweeping statement characterizing all Muslims. There are more than a billion Muslims in this world. And to infer they are all terrorists with that kind of sweeping statement is outrageous, in the same way that they characterized all Japanese Americans as enemy aliens.”