The Southern Poverty Law Center (SPLC) considers the Orlando nightclub shooting, an ISIS-inspired attack that left 49 dead, a right-wing plot, along with the shootings of police officers by anti-white terrorists.

The SPLC maintains a list called “Terror from the Right,” which according to them is “a synopsis of radical-right terrorist plots, conspiracies and racist rampages since the Oklahoma City bombing in 1995.” The list includes individuals such as the Olympic Park bomber Eric Rudolph and Charleston church shooter Dylann Roof. (RELATED: Just 13 Right-Wing Extremists Have Been Charged With Terrorism Since 9/11)

Mateen was the perpetrator behind the June Orlando gay club shooting in which he killed 50 individuals, including himself, and left 53 wounded. Mateen pledged allegiance to the Islamic State before he died and was on the FBI’s radar as an Islamist sympathizer before the attack. There were reports that Mateen was gay, but the FBI said they had found no evidence to corroborate this.

The Orlando shooter is one of two Islamic extremists on the SPLC’s list of right-wing terrorists and plots. The other is Luqman Ameen Abdullah, a Michigan imam killed by the FBI in a 2009 shootout. Federal court documents described him as a Muslim separatist. No other jihadis are included on the SPLC’s “Terror from the Right” list and the group did not offer an explanation to The Daily Caller about why Abdullah and Mateen are considered right-wing terrorists.

Likewise, the SPLC did not explain to TheDC why two black power-supporting cop killers are considered right-wing. Micah Xavier Johnson is responsible for the July ambush of police officers in Dallas that left 5 dead and 7 wounded. Dallas police said that Johnson told them he wanted to kill white people and a picture from his Facebook profile shows him holding up a “black power” fist. 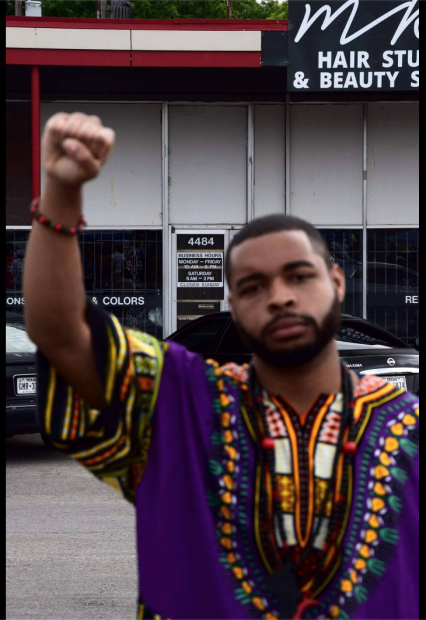 Gavin Eugene Long killed three Baton Rouge police officers in July. Long claimed in YouTube videos that he was a former member of the Nation of Islam, which believes white people were created by an evil scientist named Yakub. Long also complained about “crackers” in one of his videos.

The SPLC did not include two New Black Panther Party members who were arrested for planning to set off bombs during a Ferguson, Mo. protest on their right-wing terror list. TheDC reported Thursday that the SPLC’s list is light on actual individuals charged with terrorism, only seven on its list have been indicted on federal terrorism or terror-related crimes.