As far as I’ve been able to determine, I only disagree with Milo on two things:

Other than that, we tend to get along. I especially agree with him about the intolerant tactics of left-wingers, which I’ve been opposing for 15 years now. And when he says something obnoxious that annoys me, I tend to give him the benefit of the doubt that he’s just trolling. (Not everybody is quite so sanguine about it, especially at American universities, which has been the secret of his success.)

I’ve been thinking a lot about the folks at Memories Pizza this week, now that it’s suddenly a bad thing to target a locally owned pizza parlor with an online smear campaign. Clearly Milo had the same idea, because yesterday he actually went to Walkerton, Indiana to interview them. Here he is talking to Kevin O’Connor and his daughter Crystal, owners and proprietors of Memories Pizza:

“You can put the microphone down, you can shut off your camera, and you’re still the same person to me. I don’t care what your love life is. I don’t care who your friends are. You’re a person. You’re just a person.”

That sure is some virulent hate speech, huh?

It still makes me angry that these gentle, decent, hard-working people were targeted like that, merely for expressing their religious beliefs in public. They were just minding their own business — literally! — when some local TV reporter wandered in and asked them about gay weddings. Then it went viral, and a vicious mob tried to destroy them. The O’Connor family did absolutely nothing wrong.

As a #NeverTrump guy, I think Milo is right that Memories Pizza was a turning point in the 2016 election. I was outraged. So were a lot of other Americans, to the tune of almost $850,000 raised in 48 hours. The hateful cretins who hounded these people should be ashamed of themselves. But then, if gay-rights activists had any sense of shame, they wouldn’t have done it in the first place.

Shouting people down for disagreeing with you can work in the short run. You might succeed in shutting them up for a little while. But they’ll remember what you did, and they’ll show you what they think about it on Election Day.

So far, the Democrats haven’t learned that lesson. I hope the Republicans don’t have to learn it in 2020.

P.S. I don’t care what anybody says, Milo: I like the nail polish. Not many guys can pull off the Herman Munster look, but you make it look effortless! 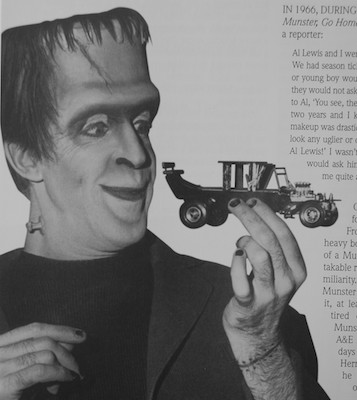 P.P.S. Until Kevin O’Connor mentioned it, I didn’t realize that Obama himself had joined in that utterly dishonest smear campaign. Then I Googled it, and sure enough:

I don’t like it when the POTUS mocks and derides and lies about his own citizens for disagreeing with him.

That goes for you too, President-elect Trump.