The “Morning Joe” crew noted Friday that Hillary Clinton’s Thursday warning against fake news is a little hypocritical, considering her campaign worked so hard to bury the idea that Donald Trump could win the election. 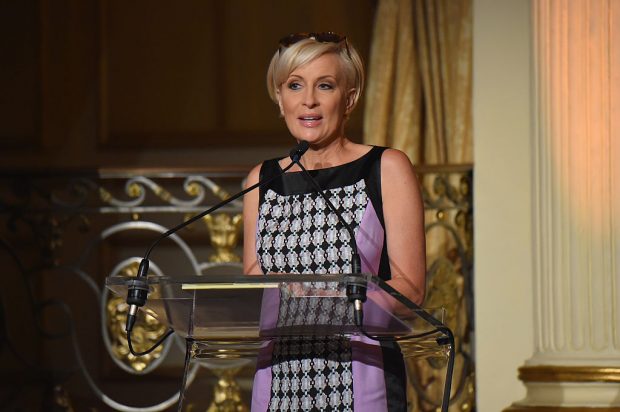 Host Mika Brzezinski first recalled what happened when she — an avowed Hillary supporter — began cautioning the Clinton campaign against counting its chickens before they hatch.

“I was concerned the campaign was not understanding that perhaps there was an arrogance, they needed to get off their high horse and understand that this isn’t over,” she stated. “I’ll just say it. NBC got a call from the campaign.

“Like I had done something that was journalistically inappropriate or something and needed to be pulled off the air,” she continued. “I mean, think about that.”

“By the way, Mika,” co-host Joe Scarborough added. “There were also people surrounding the campaign that tried to tell the campaign it was in trouble. Those people were shut out.”

On Thursday, Clinton used her goodbye speech for outgoing Nevada Sen. Harry Reid to shine a light on the “epidemic of malicious fake news and propaganda.” (RELATED: Hillary Portrays ‘Fake News’ As Danger To The Public, Urges Government Action)

“It’s now clear that so-called fake news can have real world consequences. This isn’t about politics or partisanship,” she stated. “Lives are at risk. Lives of ordinary people just trying to go about their days to do their jobs, contribute to their communities.”