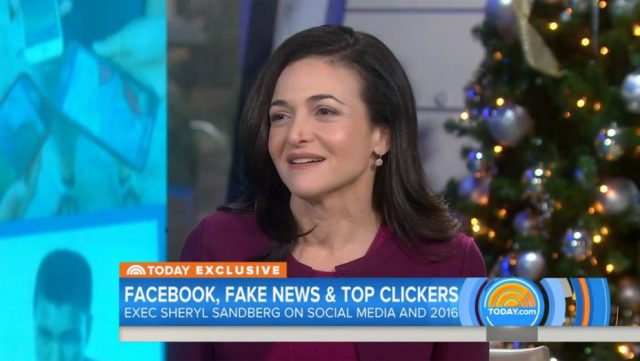 During an interview with Savannah Guthrie on the “Today” show Thursday, the Facebook COO agreed with Mark Zuckerberg the idea that fake news influenced the outcome was “crazy.”

[dcquiz] “There have been claims that it swayed the election, and we don’t think it swayed the election, but we take that responsibility really seriously,” Sandberg said. “We’re looking at things, like working with third parties, helping to label false news, doing the things we can do to make it clearer what’s a hoax on Facebook.

“We’ve been working on this for a long time, and we’ve taken important steps, but there’s a lot more to do,” she continued.