The report said that Tillerson met with Trump Saturday. Former ambassador to the United Nations John Bolton will reportedly be deputy secretary of state. NBC’s sources said that the pick would likely be announced next week, but nothing is final.

CBS also reported Saturday that Tillerson is the leading contender to become secretary of state. Tillerson has spent his whole career at the company, which is now known as ExxonMobil. ExxonMobil is the largest oil company in the world. 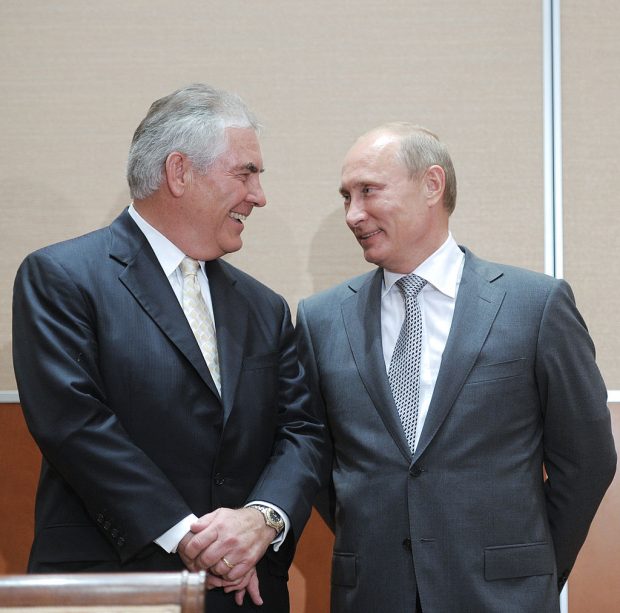 Through Exxon’s business interests in Russia, Tillerson has had a close relationship with Russian President Vladimir Putin.

“He has had more interactive time with Vladimir Putin than probably any other American with the exception of Henry Kissinger,” John Mamre, a former deputy defense secretary during the Clinton administration, told The Wall Street Journal.

Tillerson has said he is against sanctions.

“We do not support sanctions, generally, because we don’t find them to be effective unless they are very well implemented comprehensively and that’s a very hard thing to do,” Tillerson said at a 2014 shareholder meeting.

Tillerson has also expressed support for a carbon tax.