Supporters of Hillary Clinton could have fed more than six million hungry children for a year with the money they poured into Clinton’s failed presidential campaign.

The New York Post reported Friday that Hillary Clinton and her supporters spent a record $1.2 billion in their unsuccessful efforts to get Hillary into the White House. That’s enough to feed roughly 6.5 million hungry children for a year, according to figures from the World Food Programme. 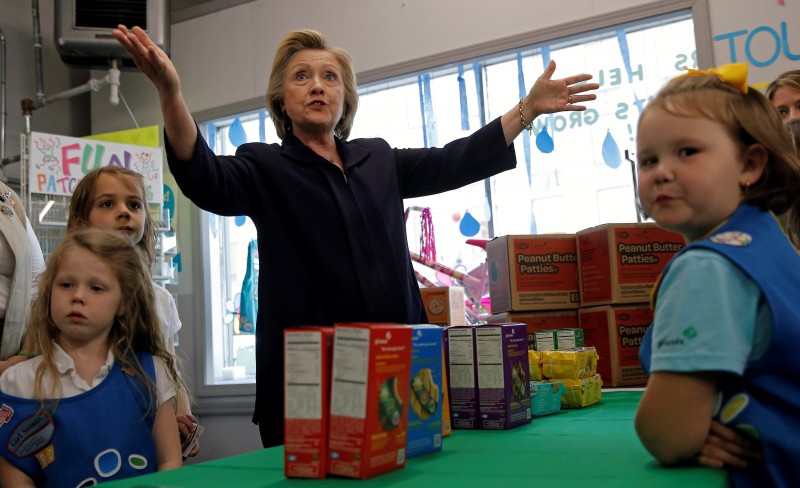 It takes just 50 cents to feed one child for a day, according to WFP’s website, making the cost of feeding a hungry child for a year $182.50.

At that rate, Clinton supporters could have used the money they wasted on her campaign to feed 6,575,342 hungry children for a year.

Former U.S. Secretary of State Hillary Clinton talks to a youngster during a visit to the early childhood development initiative “talk to your baby” in Brooklyn, New York April 1, 2015. REUTERS/Kathy Willens/Pool

Clinton donors reportedly feel like they wasted their money in supporting a second failed Hillary Clinton campaign, as reported by The Hill.

Hillary’s campaign claimed the existence of child hunger was a reason to vote for the former secretary of state. (RELATED: Hillary Doubles Down: A Child Hours Before Birth Still Has No Rights [VIDEO]

The Clinton campaign website still displays a quote from Hillary that reads, “With all of our country’s resources, no child should ever have to grow up in poverty. Yet every single night, all across America, kids go to sleep hungry or without a place to call home. We have to do better.”

President-elect Donald Trump ran a more financially efficient campaign. Trump and his supporters spent $600 million on his winning campaign, roughly half of what the Clinton effort cost. (RELATED: Trump Beat Clinton Spending Less Than Half The Money She Raised)