Carly Fiorina was spotted at Trump Tower Monday after reports surfaced that she was being considered for the position of director of national intelligence. 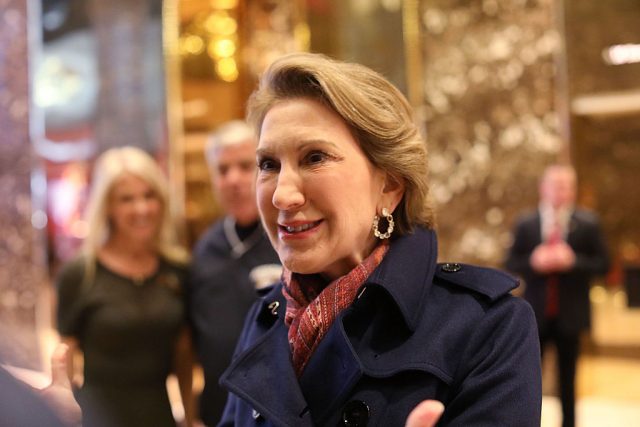 The former chief executive of Hewlett-Packard — and presidential candidate — was escorted into the building by Kellyanne Conway. 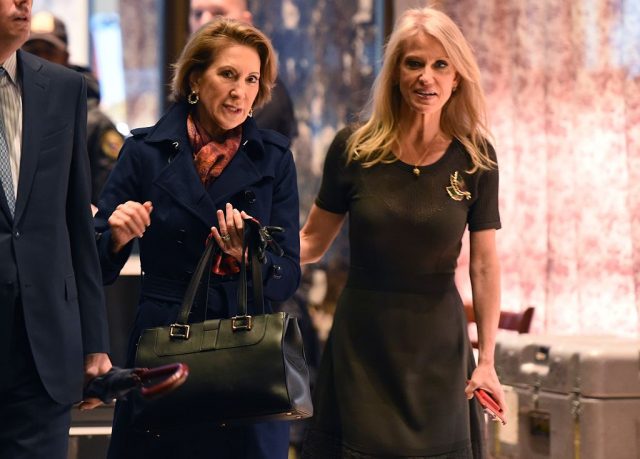 Fiorina later told reporters she had “a really productive meeting” with Donald Trump.

“It was such an honor to meet with the president-elect,” Fiorina said. “First I have to say he has really cool stuff in his office — all these athletes have given him this incredible memorabilia. I was particularly taken by Shaquille O’Neil’s shoe, which is huge.”

“We then got down to more serious business and spent a fair amount of time talking about China, as probably our most important adversary. We talked about hacking — whether it’s Chinese hacking or reported Russian hacking.”

“We talked about the opportunity that the president-elect has to literally reset things, the trajectory of this economy, the role of government, America’s role in the world. I think it’s why he’s getting such fantastic people in his administration.”

Citing a senior Trump transition team member, the New York Times reported that Fiorina is being considered for the job of director of national intelligence.