Minnesota Rep. and DNC chair frontrunner Keith Ellison accepted thousands in campaign donations from a wife-beating Saudi donor, the Washington Free Beacon reports. Unlike other Democrats who received donations from Ibrahim Al-Rashid, Ellison has yet to return the money.

Al-Rashid was convicted on charges of domestic violence after he violently assaulted his estranged wife, as reported by the Free Beacon.

Adding to the questions swirling around the tainted donations is the fact that Nasser Al-Rashid, Ibrahim’s father, is an adviser to the Saudi royal family and a Clinton Foundation donor.

The nation’s first Muslim congressman, Ellison has faced scrutiny over anti-Semitic comments he has made, as well as his ties to radical anti-Semite and Nation of Islam leader Louis Farrakhan. (RELATED: Democratic Donor Says Keith Ellison ‘Clearly An Anti-Semite)

[dcquiz] Ellison floated the anti-Semitic conspiracy theory while speaking at one of multiple fundraisers he headlined on behalf of a Libyan-born activist who said Palestinians should take “the jihad way” against Israel. (RELATED: Keith Ellison Headlined Fundraiser for Muslim Activist Who Called On Palestinians To Embrace ‘The Jihad Way’)

Even before those comments came to light, the Anti-Defamation League called for Ellison to be disqualified from consideration for DNC chair over similar comments from the same speech in which Ellison implied Israel controls American foreign policy. 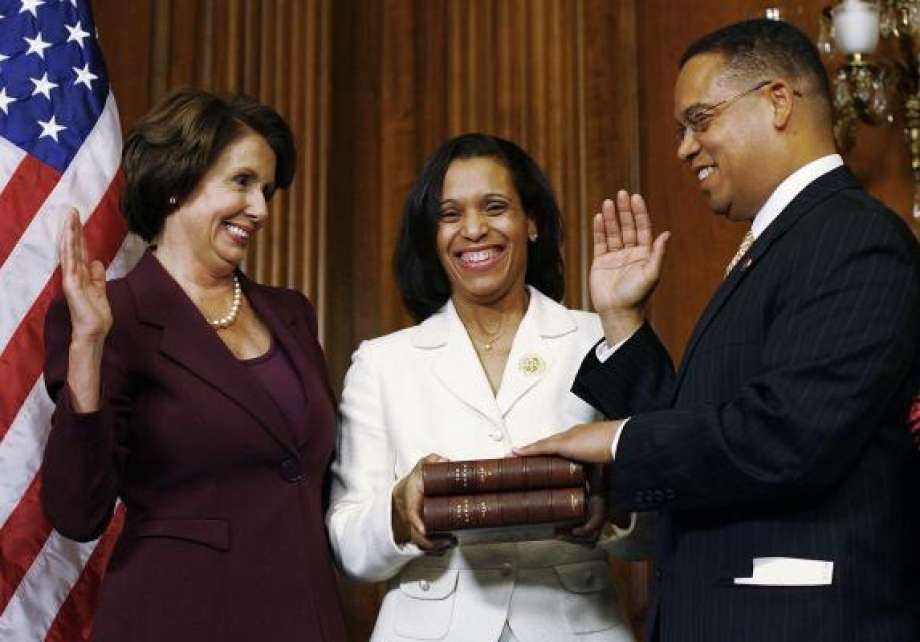 Keith Ellison takes his oath of office by swearing on the Koran. (Photo by Win Mcnamee/Getty Images)

As originally reported by The Daily Caller News Foundation, Keith Ellison once proposed creating a separate nation just for blacks in America.

Ellison also called the Constitution the “best evidence of a white racist conspiracy to subjugate other peoples.” (RELATED: Black Congressmen Refuse To Condemn Ellison’s Past Proposal For A ‘Black State’)