The Obamas sent out their last Christmas card from the White House, but some people have noticed a major problem with it. 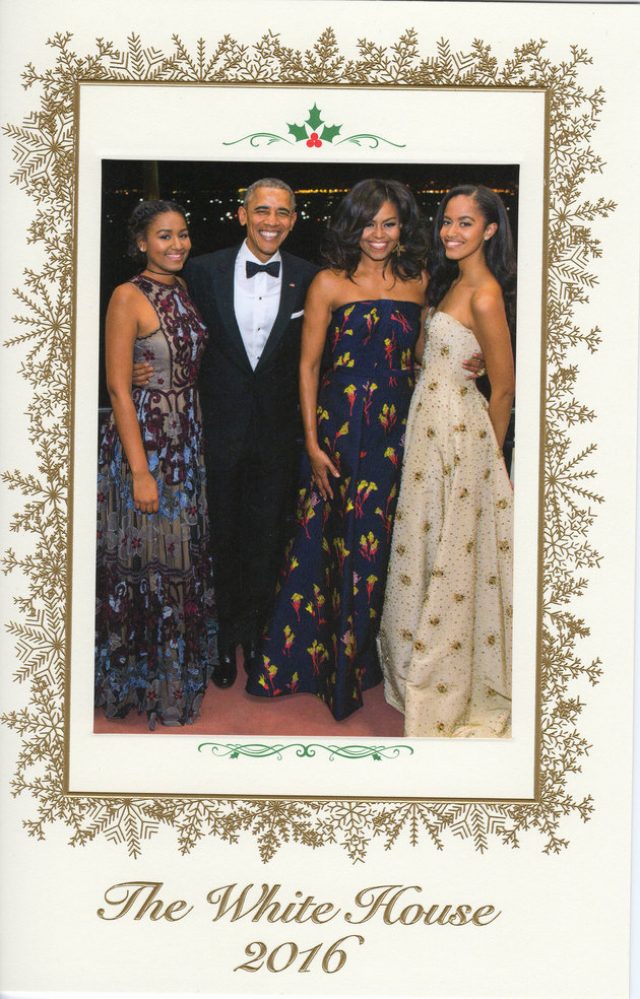 Though the family wishes everyone a “happy holidays,” the card makes no mention of Christmas. 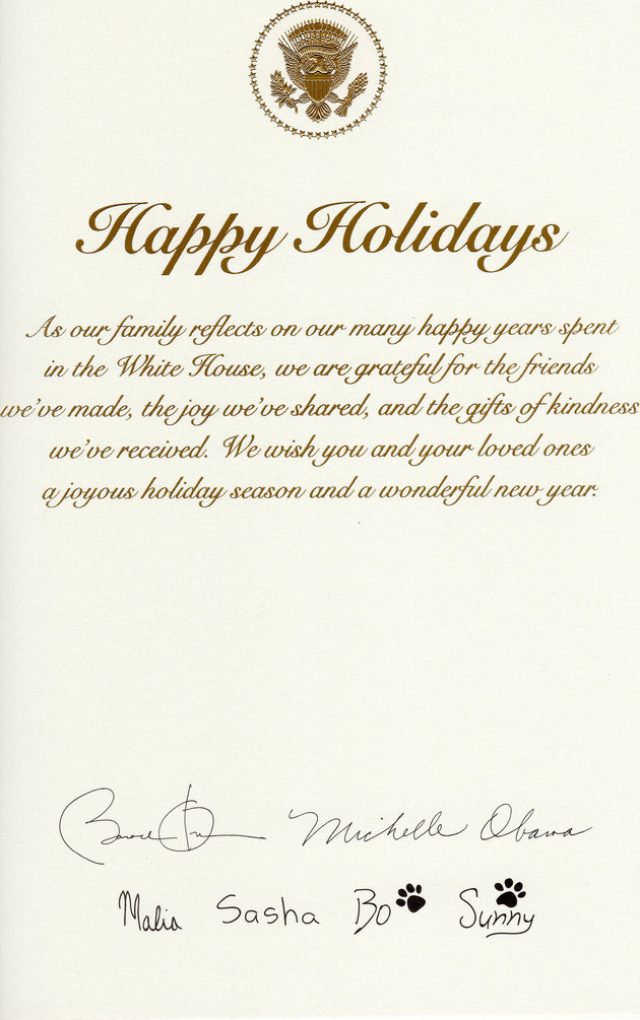 “As our family reflects on many happy years spent in the White House, we are grateful for the friends we’ve made, the joy we’ve shared, and the gifts of kindness we’ve received,” the card reads. “We wish you and your loved ones a joyous holiday season and a wonderful new year.”

Obama's last "Christmas" card. No mention of Christ anywhere. Surprised? Me neither. pic.twitter.com/XnG6lL0Inh

"Merry Christ… er… scratch that. "We Are the Obamas and It's Some Random Holiday!" https://t.co/lyXGK4woql

Obama uses "Happy Holidays" instead of "Merry Christmas" & breaks from tradition on final W.H. CHRIST-mas card showing himself instead of WH

@BryanJFischer @RightWingWatch of course not. He is president of a secular nation.

@BryanJFischer nope, I wouldn't expect that from someone who is so hostile to Christianity in his policies