At least one person is laughing at the allegations Russian hackers helped Donald Trump win the election. 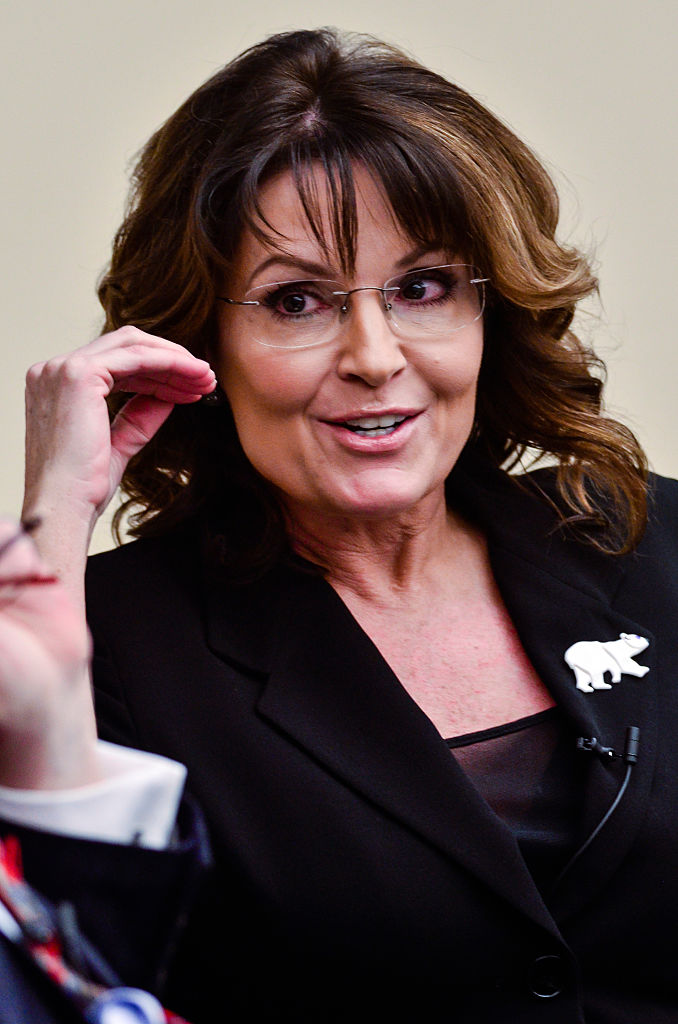 Sarah Palin speaks during the “Climate Hustle” panel discussion at the Rayburn House Office Building on April 14, 2016 in (Getty Images)

On Sunday, former Vice Presidential nominee and loyal Donald Trump supporter Sarah Palin tweeted out an article from Young Conservatives, detailing the allegations raised by the Washington Post and the New York Times about the hacks.

“Russia’s getting out of hand?” the former Alaska governor asked before flipping Tina Fey’s infamous impression on its head.

Russia’s getting out of hand? So says the defeated. Not to worry… remember I can keep an eye on them from here. https://t.co/jQBCDV5O3W

“They’re our next-door neighbors,” she said at the time of Russia. “You can actually see Russia, from land, here in Alaska, from an island in Alaska.”