The practice is highly unusual and considered unethical in the extreme by media experts.

The press release, sent to reporters at 9:30 on Tuesday morning, aggregated praise from prominent Republicans, foreign policy experts, and business leaders for Exxon CEO Rex Tillerson, President-elect Donald Trump’s choice to serve as secretary of state in his administration.

The first headline, which has since been edited, may be inaccurate, as it is not clear that several individuals named on the list, including the Brookings Institution’s Suzanne Maloney and General Electric CEO Jeff Immelt, are in fact Republicans.

Breitbart updated the story after TheDCNF’s inquiries, and added several quotes to the post, including one from the organization’s Washington, D.C., bureau chief Matthew Boyle. Prior to this update, it appears Breitbart wholesale lifted the entirety of the post from the Trump press release.

[dcquiz] “This is an aggregation of many viewpoints, not a Trump press release,” a spokesperson for the outlet told TheDCNF. “It includes many other quotes beyond the ones highlighted by the Trump transition team, including praise from several globalist and establishment figures who are viewed overwhelmingly negatively by the Breitbart audience. Our coverage of Tillerson has been neutral. See examples here, here, and here.”

Though the order in which quotes appear is rearranged in some places, the substance of the Breitbart’s article and the Trump press release are exactly the same. The post, before and after the update, does not include any expository information related to the Tillerson appointment. (RELATED: Hillary Campaign Vows To Destroy Opposition Website)

In addition, the story runs under a generic “Breitbart News” byline and is not attributed to a specific reporter. Dr. Erik Ugland, a media ethics expert and associate professor of digital media and performing arts at Marquette University, says this practice has the effect of deceiving readers.

“It impairs accountability,” he told TheDCNF. “And in this case it seems like it was designed in a sense to impair, to mask, the fact that the information came from a press release. So I would not consider that to be an ethical practice.”

See a comparison of excerpts below: 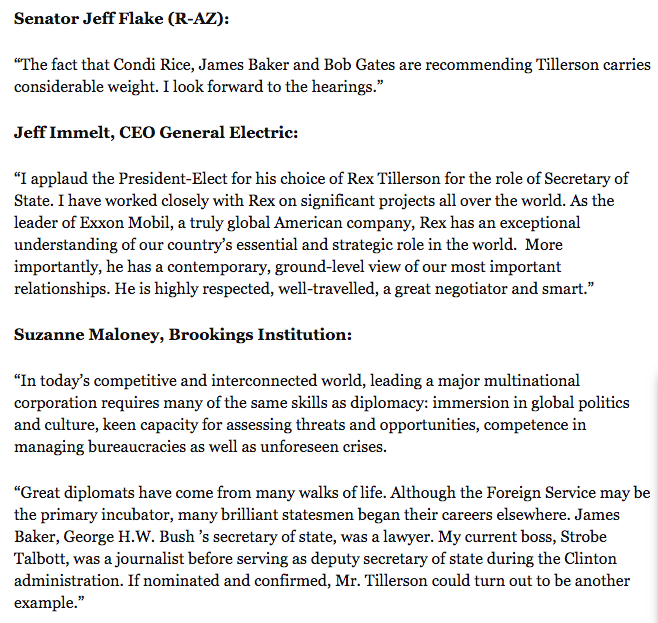 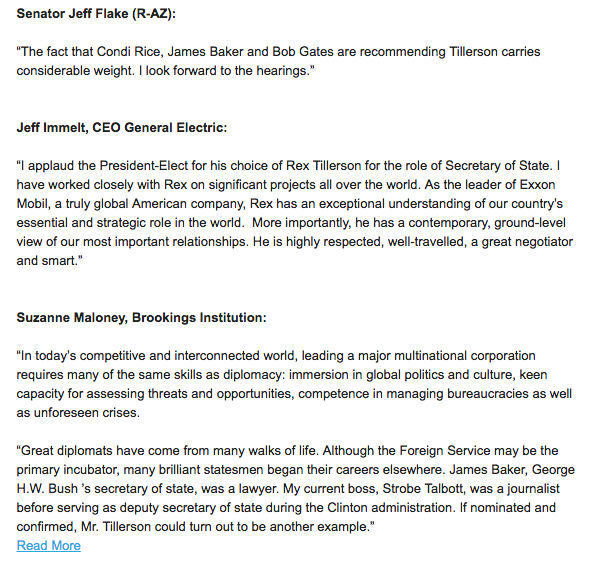 Ugland told TheDCNF that press releases should only be leveraged to provide background information, and characterized the publication of a press release without proper appellation an “ethical lapse.”