The three runners that could be the first to make a seemingly impossible speed goal. Image source: Nike.

Nike is working with three runners: The most recent Olympic champion Eliud Kipchoge, world record holder for the half-marathon Zersenay Tadese, and Lelisa Desisa who has twice won the Boston Marathon. These three men would need to run 3% faster than the current world record of 2:02:57 set by Dennis Kimetto in 2014. A 26.2-mile marathon being run in under two hours would mean runners would have to run at an average pace of four-minute, 34-second per mile. This seems only a slight improvement in comparison to the 4:41 minute mile-average of the world record time, but it is a big deal when runners are already using all available technology to get every second possible shaved from their time.

As it says on Nike’s Breaking2 update page:

Everyone agrees it’s a moonshot. But it’s not about common sense or logic. It’s about human potential: heart, guts, and that part of us that asks ‘what has yet to be done?’

But it’s not just heart, Nike is also using its most up-to-date technology and employing some cutting edge innovation to try and complete this task, including “a holistic approach to athletes, product, training, nutrition and environment.”

What really makes this move noteworthy from an investing standpoint is how Nike is getting back to its competitive roots at a time when its dominance is under siege by the likes of Under Armour (NYSE: UAA)(NYSE: UA) and Adidas (NASDAQOTH: ADDYY).

Nike is getting back to its competitive roots

Nike’s future growth potential has been questioned in the last few quarters. Slowing sales and earnings growth led to speculation that Under Armour and Adidas are replacing the company with their aggressive underdog competitiveness and marketing strategy. Because of that poor sentiment on Wall Street, Nike’s stock is down around 18% year to date.

This ambitious move by Nike to set a wild and seemingly impossible goal is a throwback to Nike’s competitive early days and good sign that the company is ready to be just as competitive and growth-oriented as its smaller competitors. 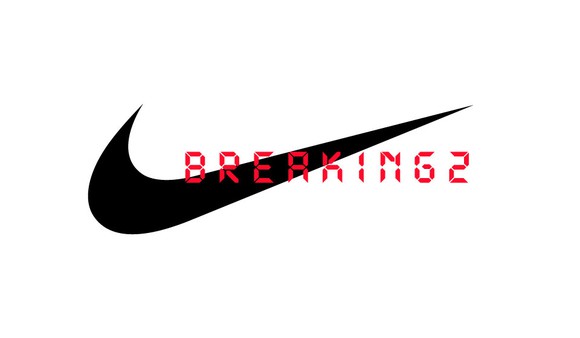 This certainly won’t be a cheap challenge for Nike — it’s asking these athletes to skip major work competitions with huge cash bonuses, likely compensating them well for the ask. Nike is also employing a team of “world-class experts across biomechanics, coaching, design, engineering, materials development, nutrition, and sports psychology and physiology.”

There are risks as well. Nike sponsored Eliud Kipchoge during the 2015 Berlin Marathon, and even though Kipchoge won the event, he missed the world record after his Nike shoes fell apart during the race — the insoles of the shoes completely dislodged and flopped behind him while he ran across the finish line. Other than very public glitches with test products, there’s the risk that Nike doesn’t complete the goal and opens itself up to public defeat. Still, Nike says, “The only real failure would be to not attempt such an audacious goal.”

While casual sportswear is certainly a massive market opportunity, Nike made its name by offering the most impressive technical gear on the market. Completing this goal will certainly prove that to still be true, and it would be the kind of win that could put Nike at the forefront as the brand of serious performance wear, something that would take Nike back to its roots.

Completing its Breaking2 challenge alone doesn’t make Nike stock worth investing in. The company will certainly face increased competition in the coming years from Under Armour and Adidas, as well as a host of other brands seeking to grow in this space who view Nike as the behemoth to out-innovate. That’s why this move by Nike to reinforce its position as one of the most innovative and performance-driven brands in sports is such an encouraging move for long-term Nike stock bulls.

10 stocks we like better than Nike
When investing geniuses David and Tom Gardner have a stock tip, it can pay to listen. After all, the newsletter they have run for over a decade, Motley Fool Stock Advisor, has tripled the market.*

David and Tom just revealed what they believe are the 10 best stocks for investors to buy right now… and Nike wasn’t one of them! That’s right — they think these 10 stocks are even better buys.