People are freaking out because Barack Obama said “Merry Christmas.” 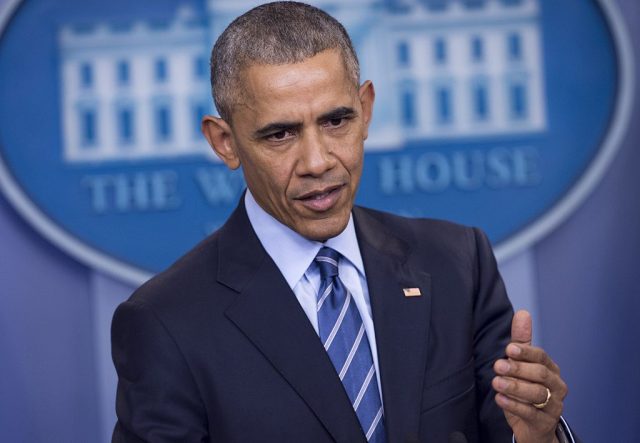 Just days after the the president sent out his last Christmas card while in office — which failed to mention Christmas at all — he wished everyone a merry one as he opened up his last news conference of the year on Friday. (RELATED: The Obama Family’s Christmas Card Doesn’t Mention Christmas)

do we think obama saying "merry christmas” was blatant trolling or no?

Oh did you hear it !!! Obama just said " A very Merry Christmas" in his news conference. What a scammer. Think back 8 years. Wow.

For those that refuse to acknowledge that. Idiots.

OBAMA SAID MERRY CHRISTMAS! ! OMG IT'S ALL SO AMAZING IN TRUMP'S AMERICA!

Obama said Merry Christmas at the close of his WH remarks, his last press conference of the year. What a nice surprise!

obama just said merry christmas. this is the biggest news this year.

Stop the Presses! Obama says Merry Christmas! @realDonaldTrump is rubbing off on him already! #SMC2016