Michael Moore made one final plea to electors to vote against President-elect Donald Trump by offering to pay possible fines incurred for being faithless electors.

“I am writing you not as a card-carrying Democrat (I’m not) who voted for Hillary (I did), but simply because I am an American who, like you, deeply loves this country and its people,” the 62-year-old filmmaker wrote on Sunday. In a long and rambling statement on his Facebook, Moore told Republican members of the electoral college to vote against the will of their states and not choose Trump. (RELATED: Michael Moore Says Trump ‘Won’ The Debate) 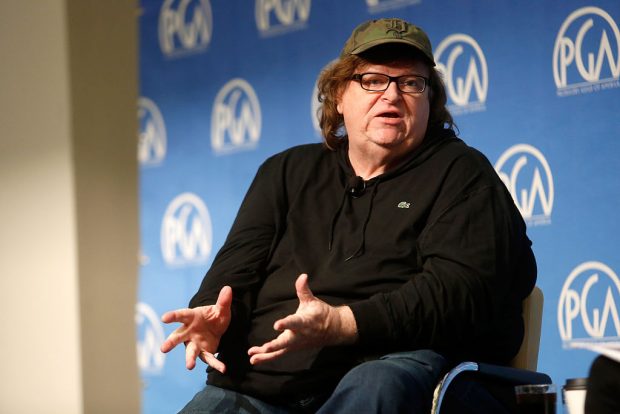 (Photo by Thos Robinson/Getty Images for Producers Guild of America)

“Tomorrow is the day you are supposed to gather with your fellow electors and choose the next President of the United States,” Moore pleaded. “I am not going to ask you to vote for the person who got the most votes (although I will not be upset should you chose to side with the majority of your fellow Americans and do so!). No, I’m simply asking you to vote your conscience and PLEASE do not put our nation in danger by choosing Donald J. Trump.” (RELATED: Michael Moore Calls On Americans To ‘Disrupt’ Trump’s Inauguration)

“Although it may ultimately have to be decided by the courts, right now you have the duty to do what you feel is right,” he added. “One reason the founders set up the Electoral College was to make sure there was one final protection should someone who is a danger to the country slip through.”

“But some states have made it ‘illegal’ for you to vote any other way than for Trump,” he continued. “If you don’t vote for him, your state will fine you $1,000. So here’s my offer to you: I obviously can’t and won’t give you money to vote tomorrow, but if you do vote your conscience and you are punished for it, I will personally step up pay your fine which is my legal right to do.”

“Republican electors, you have a chance tomorrow to fix this, to make it right, for yourselves as Republicans and for the country. Please find the courage to seize this historic moment where you put country over party.”