Celebrities are now blaming Donald Trump for the ongoing disaster in Syria. 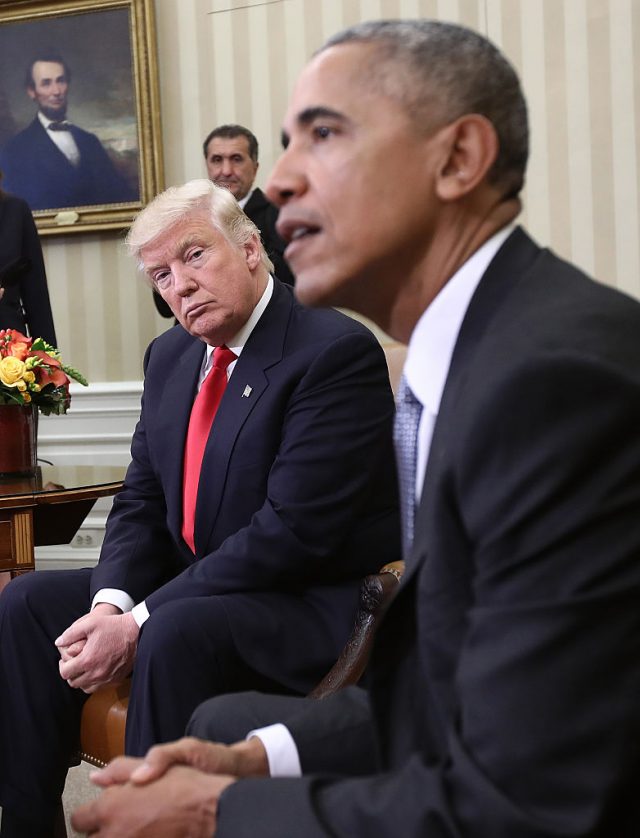 Instead of crediting the sitting president for the violence and destruction in cities like Aleppo — or even asking what he’s done to help — Hollywood is shouldering the the president-elect with most of the responsibility.

As He Slaughters Civilians In Aleppo, Bashar Assad Prepares To Make Nice With Donald Trump | The Huffington Post https://t.co/dfcqm8b9cD

This is what he's tweeting about while we watch a genocide unfold before our eyes. Don't let him distract you. #aleppo https://t.co/CPIhXzt9KS

Meanwhile, Trump's buddies are slaughtering civilians in Aleppo as I type. The man we elected supports this. But coal miners, you guys. https://t.co/8K4oGBtAvz

Based on this Pig Boy's tweets a bad review of The Trump Grill, is a greater evil than his boyfriend Putin slaughtering children in Aleppo. pic.twitter.com/Elx32m5FeV

Here's the review of his shitty restaurant that sent our national embarrassment into a pants wetting tantrum. https://t.co/WpjvH7Mh6Y

This is a tragedy for humanity. Instead we report Kanye West meeting Trump. Why is it only after brexit and election that we start talking?